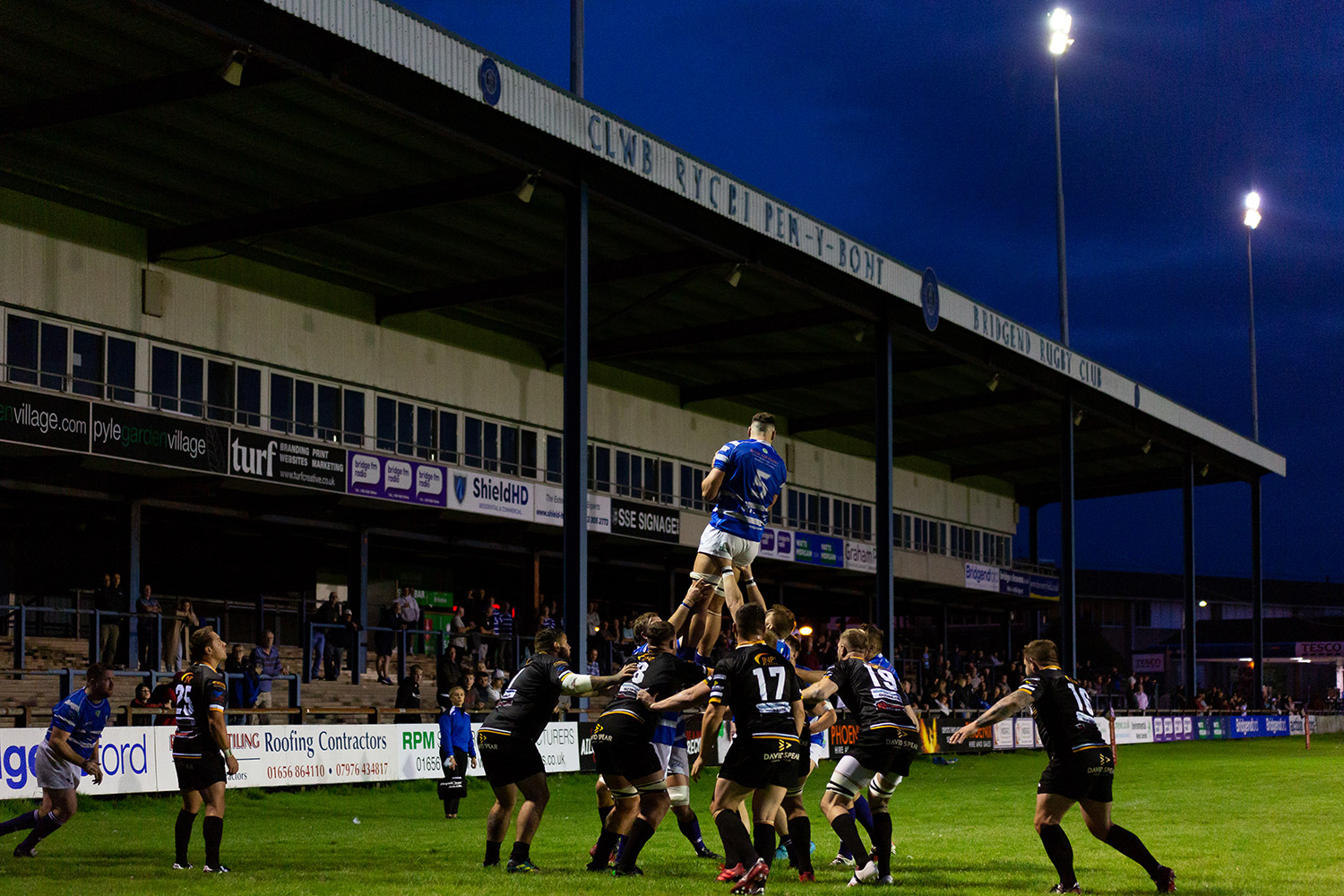 It’s won one, lost one so far for the Ravens; a win at Maesteg Quins (6-26pts) was followed by a narrow home reverse to Merthyr (24-27pts) after a rousing second half comeback. There were plenty of promising signs in both games for Head Coach Steve Jones as he looks to finalise his squad plans for the new season.

Newport have played three games so far in their pre-season. In the first, they were beaten at Sardis Road 17pts to 14, before beating Swansea University by 24pts to 21. Last weekend, a thrilling encounter at Talbot Athletic Ground went the Black & Amber’s way 33pts to 40 as they beat Aberavon.

The last time the two sides met, it was a crazy game which went to the last play with victory taken by Newport. Bridgend went in at halftime trailing by 3pts to 21pts, but a second half comeback saw them lead 36-35 into injury time. A late, long range penalty from Matt O’Brien gave Newport the victory in a game which was a great advert for the Indigo Premiership. Supporters will be hoping for more of the same this Saturday.

Bridgend once again select a larger matchday squad with Steve Jones taking the opportunity to give players within the wider squad the chance to impress. The game will comprise two forty minute halves with rolling substitutes. Within the starting XV, Edd Howley starts at 15 looking to add to the three tries he’s already scored for the Ravens. He’s joined in the back three by Joseph Gatt and Caine Woolerton. Stuart Floyd Ellis and Tom Morgan, both so impressive against Merthyr a fortnight ago pair up in midfield, and its Matthew Jones and Paul Short selected at half back.

Amongst the forwards, Rhodri Apsee, Lee Murphy and Cai Lewis make up the front row. Chris John leads the side from the boiler house alongside Kieran Martin. Aled Evans, Rob Dudley Jones and Reuben Tucker all make their first starts for Bridgend in pre-season in the back row.

Admission to Saturday’s game is FREE for Club Members for 2021/22 that have collected their Membership Card. If you’ve yet to do so, the Club Shop will be open at the Timbuild Brewery Field between 12-2pm.

Otherwise, General Admission is £5, with u16 going free.