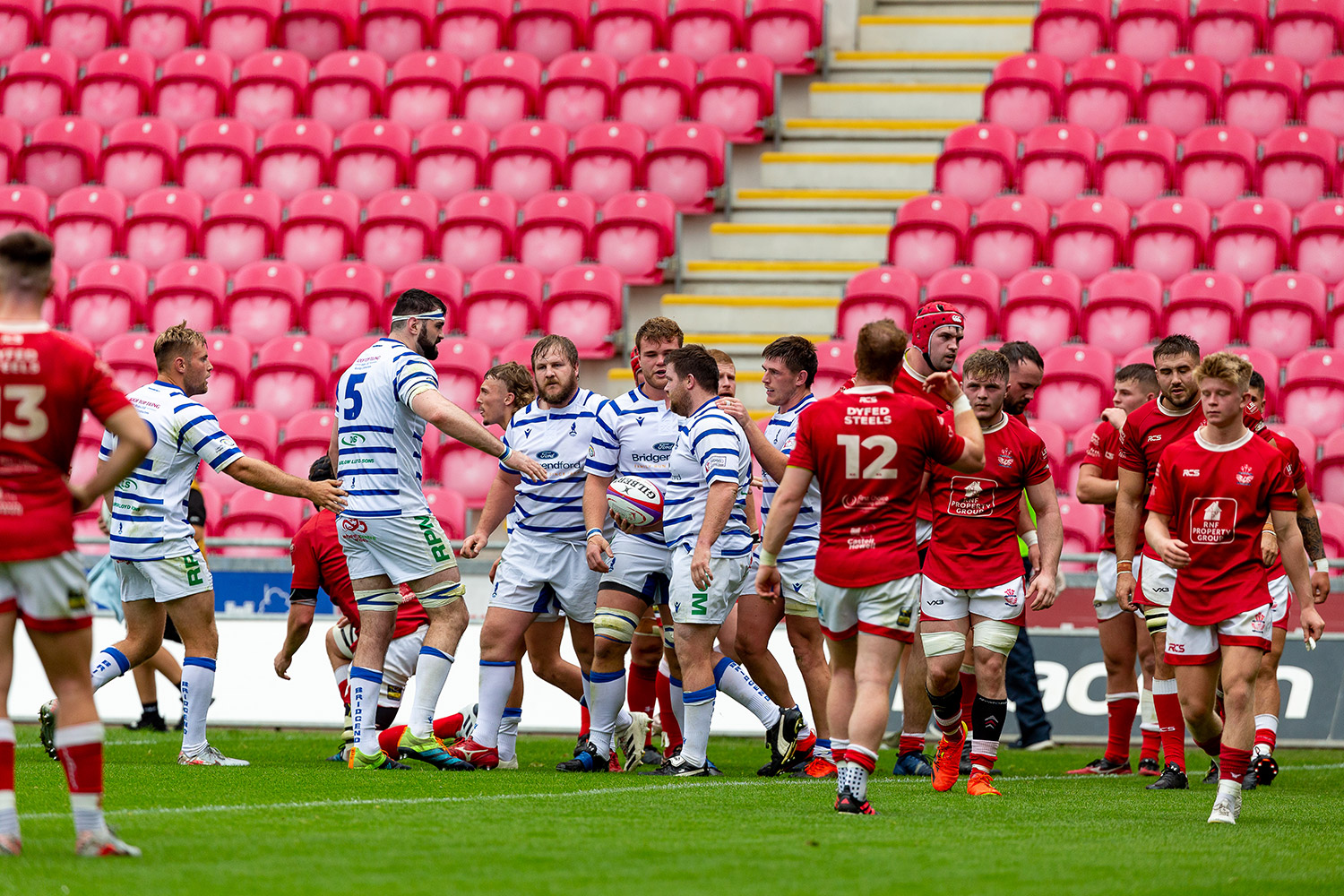 The tie pits the two sides occupying the lower positions in the West Division against each other as they both look to kick start a winning run and gain some momentum ahead of the start of the league campaign next month. The Ravens come into the game having suffered back to back defeats; to Swansea and Carmarthen Quins. Llanelli are looking for their first competitive victory of the season, having lost all of their games to date.

When they met earlier in the season, Bridgend came away with victory in a tight, cagey affair at Parc y Scarlets. Tries from Lee Murphy and Tom Florence, along with the boot of experienced outside half Matthew Jones earned the Ravens the win – 21pts to 18.

After a week without a game, Steve Jones’ charges head into this game desperate to gain their first home win of the season. There are a few changes from the side which featured last at Carmarthen, with Bridgend’s Ospreys contingent unavailable; featuring for the region’s ‘A’ side at the Gnoll tomorrow afternoon as part of a development block of matches.

Edd Howley and Joseph Gatt are back in the side and selected in the Ravens’ back three, along with Caine Woolerton. Stuart Floyd Ellis and Tom Morgan get the nod in the centre with Matthew Jones, back from injury, and Chris Williams at half back.

There could be a first Bridgend Ravens competitive appearance of the season for Jacob Chilcott who is named amongst Bridgend’s replacements.