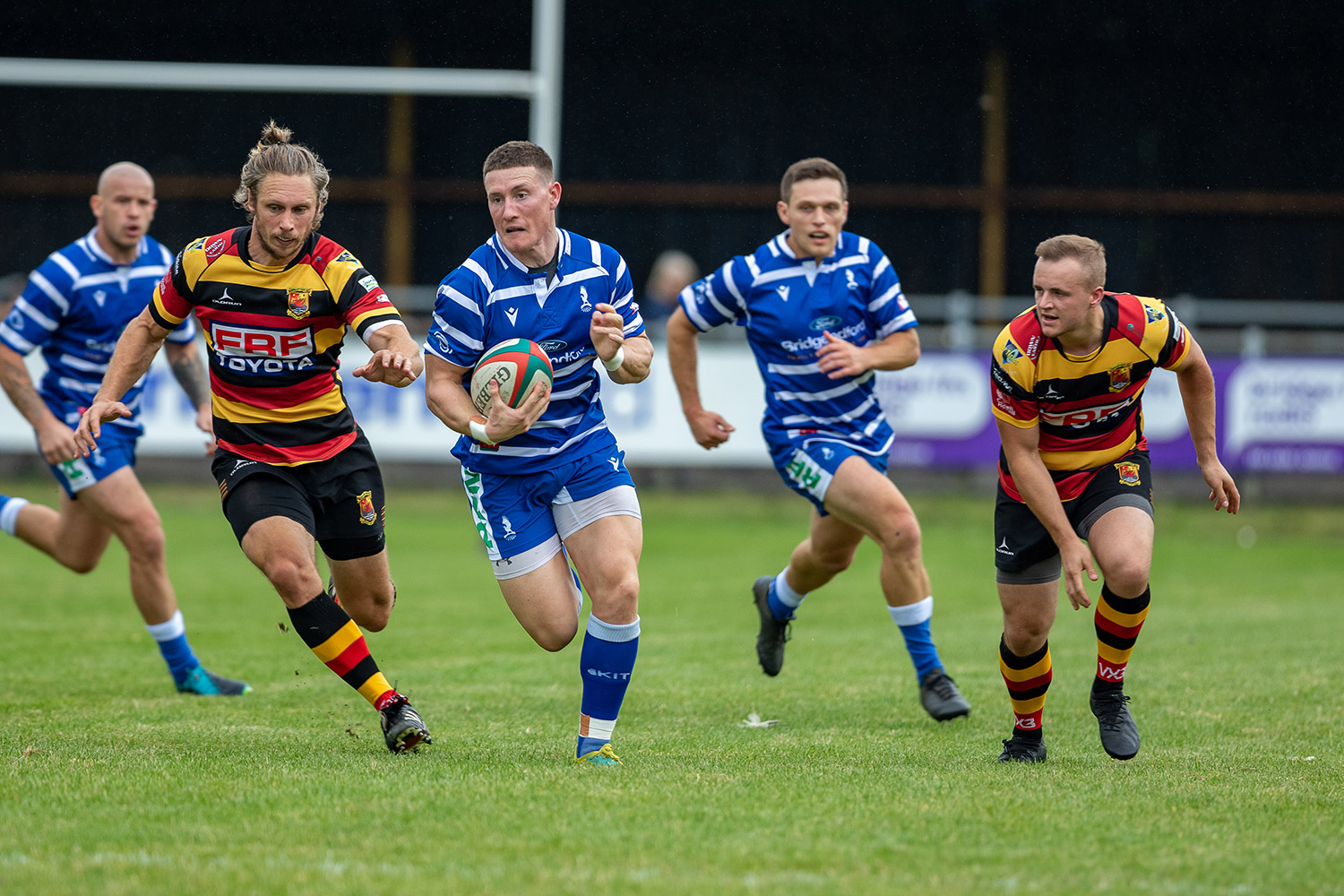 Both sides were defeated in their opening round match; Bridgend by 38pts to 15 at home to Carmarthen, and Llanelli by 43pts to 17 at the Talbot Athletic Ground against Aberavon.

Llanelli and Bridgend last met back in October 2019 at Parc y Scarlets, when an injury time Alex Jeffries try sealed a 30pts to 26 win for the home side. Bridgend scored tries that evening through Chris Williams and Jamie Murphy, with the rest of the points coming from the boot of Owen Howe. Contests between the sides are often open and Saturday’s tie between two teams looking for their first win of the campaign promises more of the same.

After defeat in their cup opener, Bridgend have made 7 named changes, along with a number of positional switches, to the starting lineup for this weekend’s game. Edd Howley, debutant Tom Florence and Cameron Ellis make up the back three, with Tom Morgan pairing up with Joseph Gatt, who switches to 13. Player/Coach Matthew Jones takes the 10 jersey, with Ospreys youngster Harvey Nash making his first start at scrum half.

In the pack, Cai Lewis is the only change to the front row which started last weekend’s game, with Rhodri Apsee moving to the loosehead. There’s a first Bridgend start for Matthew Davies alongside Chris John, with Morgan Strong coming in at 6 for Dafi Davies in a backrow with Zac O’Driscoll and Hemi Barnes.