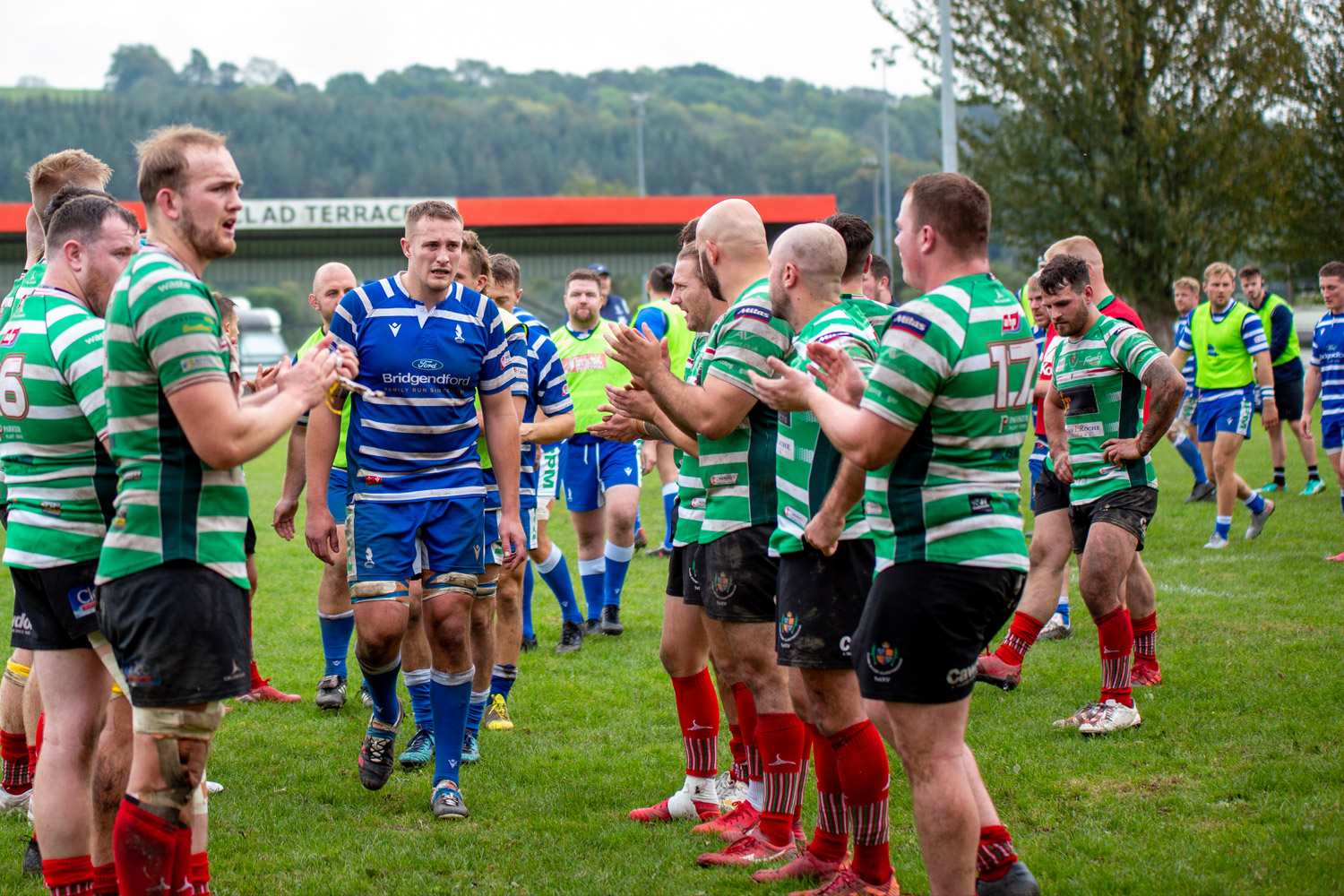 19 Nov Team to face Llandovery at the Brewery

Bridgend Ravens welcome Llandovery to the Timbuild Brewery Field on Friday evening in the penultimate round of Indigo Premiership Cup action (7:30pm).

Bridgend battled hard at league leaders Aberavon last weekend to ultimately come up short, being blown away by a three try, 15 minute surge from the hosts to give the scoreline an undeserved look to it. There were plenty of positives for Steve Jones’ men to take into the final two rounds of cup action before league rugby gets underway on December 11th. The first sixty minutes in particular were encouraging, as was the improved set piece which for long periods saw the Ravens go toe to toe with Jason Hyatt’s men.

There’s also plenty on the line in the final two cup fixtures for the Ravens. They currently occupy the fourth play off place in the Western Conference with 13pts and will need to see off competition from Swansea (11pts) and Llanelli (5pts). The top four from each conference will do battle in the quarter final stage of the cup competition at a date to be decided.

Llandovery have been in superb form again this campaign, their most recent win was by 54pts to 12 at Parc y Scarlets last Saturday. They currently sit in second place in the West Conference, just two points behind Aberavon; the Wizards are the visitors to Church Bank next Saturday in the final round of cup games. Llandovery’s place as a host side for the quarter finals is already secured but they will no doubt have ambitions of finishing top ahead of the Wizards.

The Ravens are the only team to beat the Drovers in competitive action so far this season – earning a 25pts to 19 success at Church Bank in October. Bridgend scored 20 unanswered points in the second half to pick up the win; only their second at Church Bank since returning to the Premiership in 2011. Bridgend’s tries that afternoon were scored by Caine Woolerton, Reuben Tucker and Ben Warren with the boot of experienced outside half Matthew Jones doing the rest.

Once again, Steve Jones shuffles his pack with Bridgend being hit by further injuries last weekend and their Ospreys contingent on A Team action against Scarlets Development. Owen Howe comes back in at fullback with Caine Woolerton and Edd Howley occupying the wing berths. Joseph Gatt moves to the centre to pair up with the in-form Stuart Floyd Ellis. Jacob Chilcott retains the 10 jersey with Chris Williams his half back partner.

Rhodri Apsee, Gareth Harvey and debutant Tom Kaijacks makeup Bridgend’s front row. Kaijacks joins the Ravens from Narberth, having previously featured at Premiership level for Neath and Llanelli. Hemi Barnes moves into the second row to partner Chris John. Reuben Tucker is back at No8; with Aled Evans and captain Zac O’Driscoll his back row compatriots.