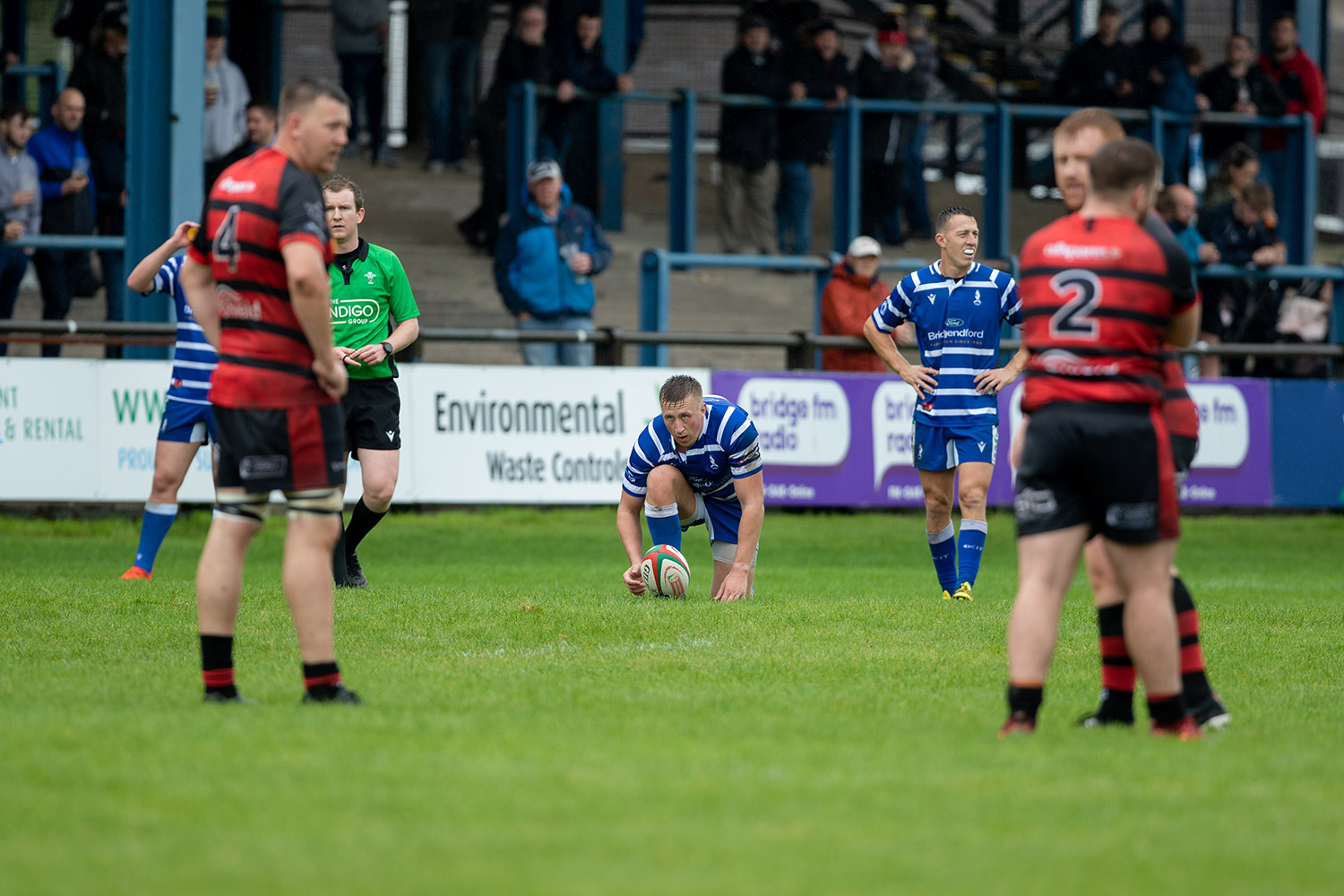 18 Feb Team to face Cardiff at the Brewery

After a Covid hit Christmas period, the Ravens have lost their two games since returning to action; a defeat to Newport in the Indigo Premiership Cup Quarter Final (45pts to 17) and a loss at Parc y Scarlets against Llanelli (26pts to 14). Following the loss to Llanelli, Head Coach Steve Jones left the club by mutual consent with Alun Wyn Davies stepping up as Interim Head Coach, initially until the end of the current season.

The players have been through a rigorous three week training period, overseen by Alun, Matthew Jones, Sean Donovan and Nick White and will be looking for an upturn in performances and results in the remaining nine games of the season. Saturday’s game is the first of six home games left in 2021/22 for the Ravens and they’ll be looking to put in an improved showing in their bid to turn the Timbuild Brewery Field into a fortress.

Cardiff have been in impeccable form all season – they finished second in the Indigo Premiership Cup East Group, and have already booked their semi final place alongside Aberavon, Newport and either Pontypridd or Llandovery by beating Carmarthen Quins at Cardiff Arms Park. Cardiff were last in action in front of the S4C cameras where they comprehensively beat Ebbw Vale at home 58pts to 8, scoring nine tries in the process.

The last time the sides met at the Timbuild Brewery Field was way back in November 2019 when Cardiff came away winners by 34pts to 12. The Ravens bagged tries through Stuart Floyd Ellis and Iestyn Merriman, but the Blue & Blacks picked up four tries of their own to take a bonus point win back to the capital.

Saturday’s side is led by captain Zac O’Driscoll, playing his 100th game for Bridgend Ravens. Owen Howe, Edd Howley and Dewi Cross make up the back three. There’s a fresh centre partnership with Joseph Gatt and Tom Florence paired. Matthew Jones and Chris Williams continue as half backs.

There could be a Bridgend Ravens debut for new addition Rhydian Jenkins, who is named amongst the Bridgend replacements.