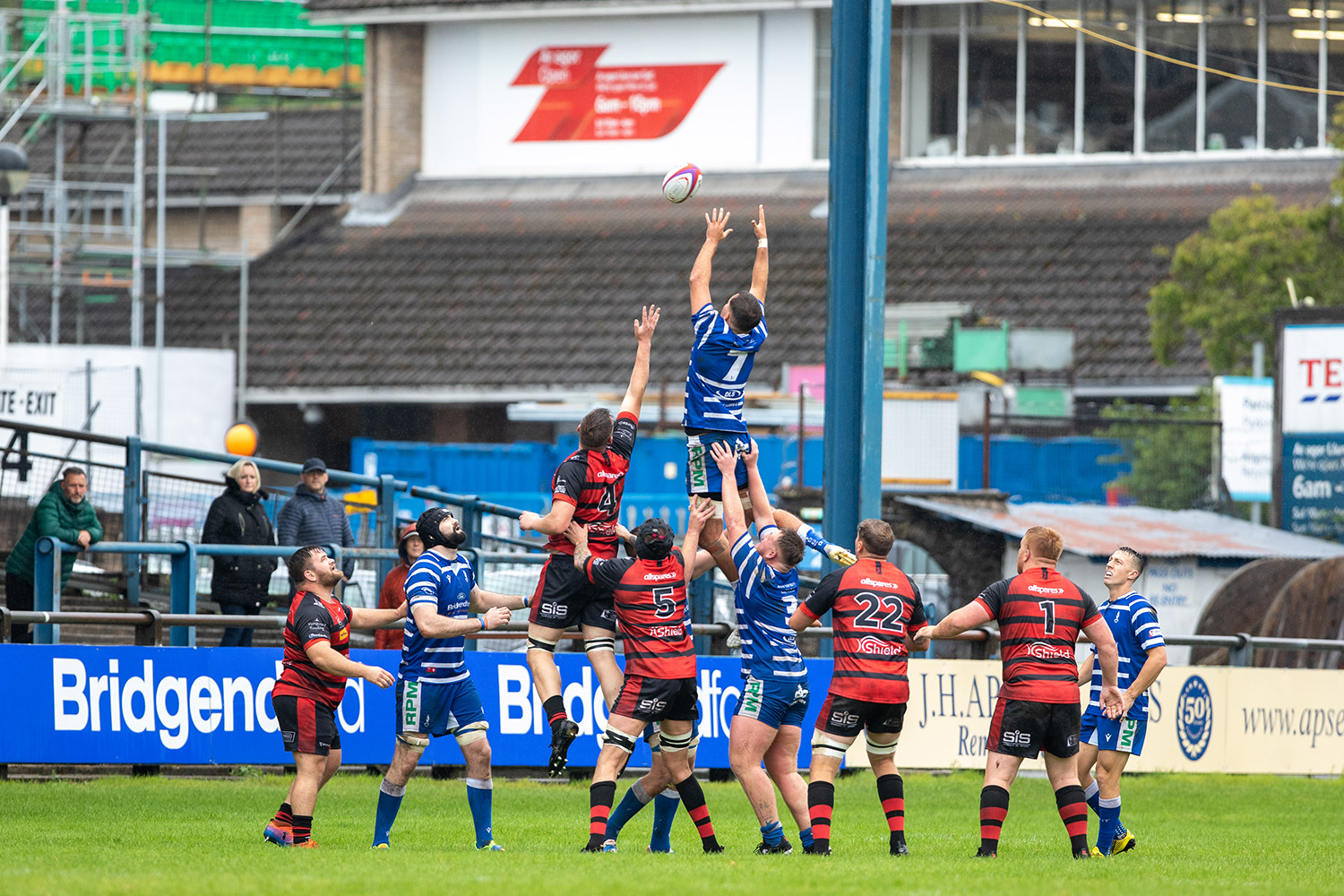 Bridgend Ravens make the short trip to table-topping Aberavon on Saturday afternoon in the next round of the Indigo Premiership Cup (2:30pm).

The Wizards have an impeccable record so far, winning all but one of their matches to date and sitting clear at the top of the West conference. Their latest victory came courtesy of a 30pts to 20 win at St Helen’s against a determined Swansea side. They scored five tries to secure victory, extending their advantage at the top of the conference over Llandovery.

Bridgend head into the game looking to build on last weekend’s memorable 43pts to 16 home win over Llanelli at the Timbuild Brewery Field. The success was Bridgend’s first home this season and adds to the victory they gained at Parc y Scarlets against the same opponents and against Llandovery at Church Bank. Victory moved Bridgend above Swansea into fourth place in the West conference, four points behind Carmarthen Quins in third.

The Ravens will be desperate to improve on their recent record against Aberavon. The last time they met saw the Wizards win 24pts to 15 at the Timbuild Brewery Field last month; securing a four try bonus point win. They are winless against Aberavon in the last four encounters – their last win against their rivals from along the M4 coming in 2018 when a Jamie Murphy drop goal in injury time secured a 16pts to 13 win.

Due to injuries and unavailability, Steve Jones rotates his squad as he looks to continue to fine tune his plans for the Indigo Premiership season which starts in just a few weeks’ time. The Ravens are also bolstered by the return of some of their Ospreys academy allocation that featured in last weekend’s ‘A’ match against Ealing Trailfinders at the Gnoll.

Edd Howley, Caine Woolerton and Joseph Gatt all retain their place in the back three. Captain Nathan Edwards makes his long awaited return from injury to lead the side in midfield, paired with Stuart Floyd Ellis. It’s all change at half back with Jacob Chilcott and Paul Short, both having made impressive cameo’s last Friday, given the nod from the start.

Bridgend’s front row includes last weekend’s hattrick hero, Gareth Harvey; joined by Owen Jordan and Curtis Hicks. It’s another outing for Chris John and Kieran Martin in the second row. The back row sees Rob Dudley Jones and Hemi Barnes come in from the start, with Zac O’Driscoll at openside.

Amongst Bridgend Ravens’ replacements, there could be a debut for Ospreys Academy and Wales u20 back row Harri Deaves.