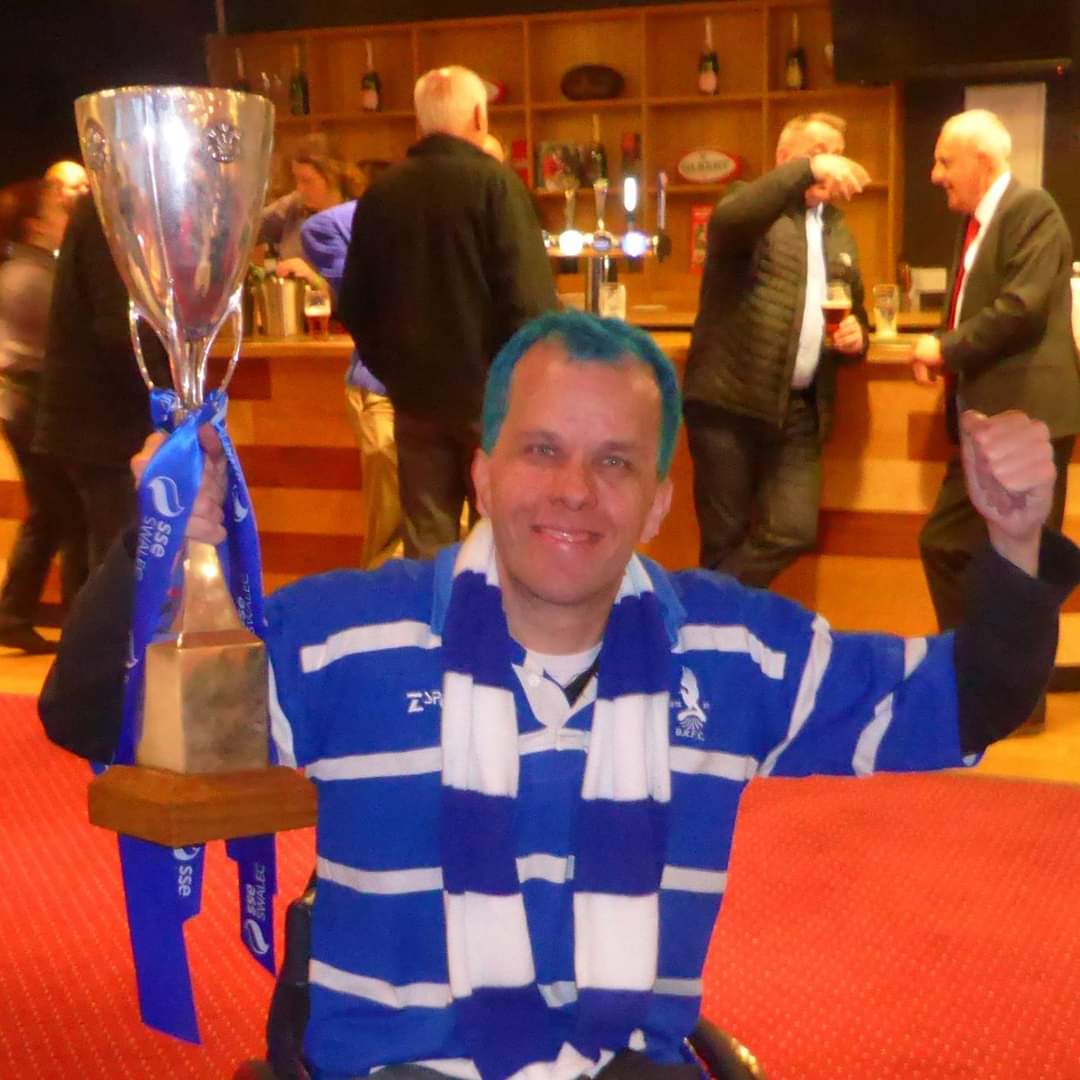 All at Bridgend Ravens were devastated to announce that lifelong supporter Simon Green had passed away earlier this week.

Simon’s love affair with Bridgend Ravens, and indeed rugby in the borough, spanned the majority of his life. He was a valued member of the Volunteer Matchday Committee, serving across a range of roles. From programme seller, to tannoy announcer, to organising supporters’ trips and a range of roles in between, Simon was always willing to help the club however he was needed. He also had stints as Chairman of Bridgend Ravens’ Supporters Club, and was an instrumental figure in boosting the profile of the game in Bridgend. As a supporter, he followed the Ravens across Wales and Europe along with the Celtic Warriors, Welsh National Team and the British and Irish Lions.

Since we announced his passing, messages have flooded in from supporters of clubs across Wales, sharing their story of how they knew Simon. Sometimes the tale was humorous, sometimes a little more serious, but from reading through them all it was clear the impact that he had on everybody that he met.

It wasn’t just rugby union that Simon had a passion for. He was also a prominent figure in rugby league, as Team Manager and volunteer for Bridgend Blue Bulls, and with Wales Rugby League; as Team Manager of the Wales Dragonhearts and as part of the WRL Media Team. He enjoyed a successful period in charge at the Blue Bulls, helping to dominate the top flight of the amateur game, winning a series of Welsh Conference titles.

Away from rugby, Simon was a tireless campaigner for the rights of disabled people. He was the Chair and Co-Founder of the Bridgend Coalition of Disabled people and a founder of the Wales Diversity Awards. Along with his campaigning, he was a dedicated fundraiser; most recently entering a number of races – ranging from 5k to a Marathon all in a bid to raise money for charities close to his heart.

Unfortunately, Simon was diagnosed with an inoperable brain tumour in 2020. He fought bravely for two years but sadly passed away earlier this week. Simon’s passing has left a large void at Bridgend Ravens and all at the club will miss him dearly. Today, we will pause for a moment of silence prior to the game to remember him and his contribution to the club.

Rest in peace, Simon – and thank you for everything you’ve done for our club.