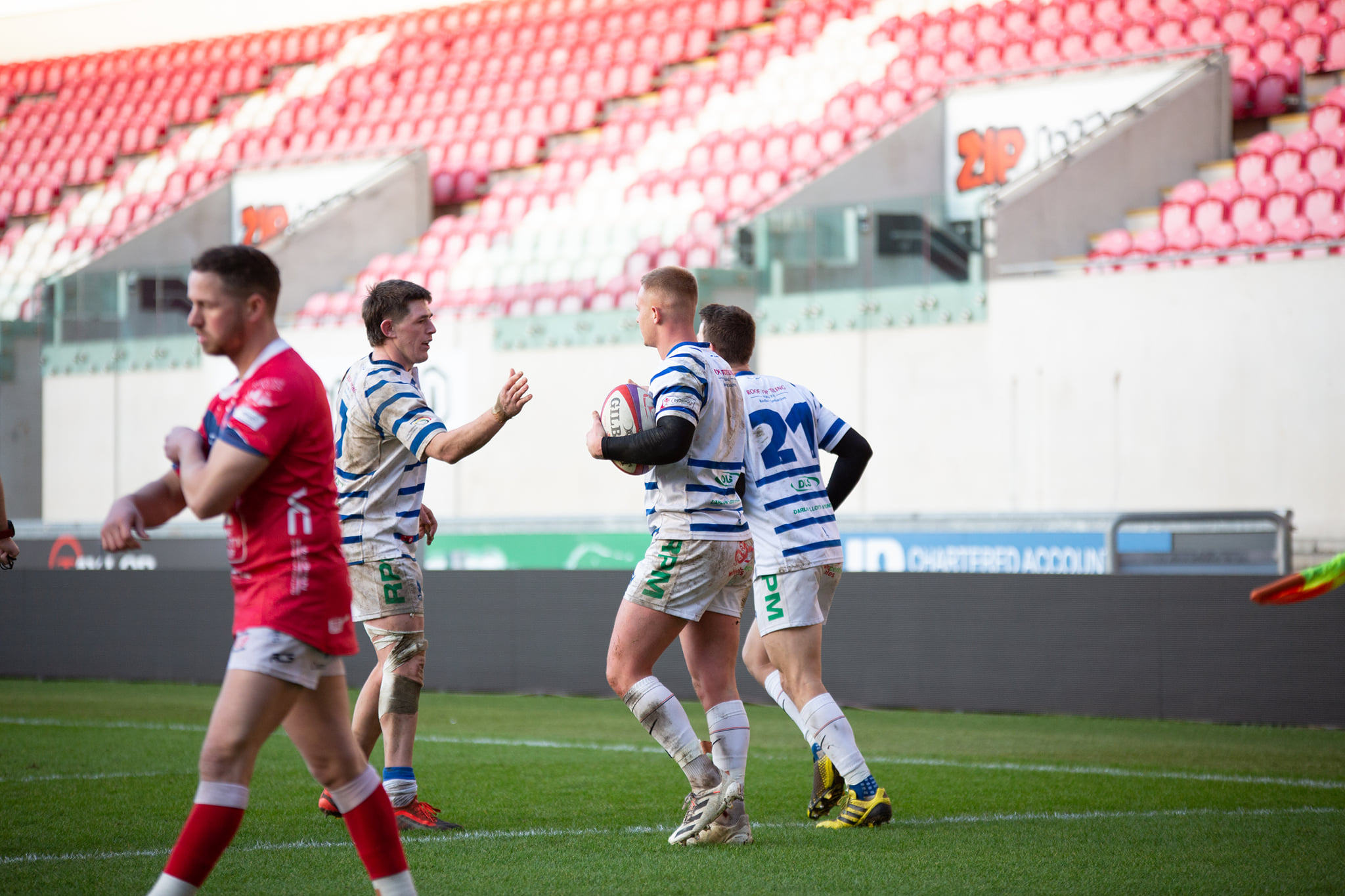 After 12 consecutive losses this season, Paul Fisher’s Llanelli side finally earnt their first win with a 26-14 victory over Bridgend Ravens.

The home side started brightly at Parc Y Scarlets as they took the lead early on. Scrum half Archie Hughes, who was lively throughout, fed prop Sam O’Connor who powered his way over from short range.

Bridgend were struck by injuries throughout, with Reuben Tucker picking up a knock in the warmup and Tommy Morgan being forced off early on.

However, the away side grew into the game, creating opportunities inside the Llanelli 22, only for the home pack to win a couple of turnover penalties on their own line.

The Ravens were left to rue not taking advantage of their opportunities. Llanelli scored their second try of the match, as a powerful driving maul rolled over the line, with Nathan Hart taking the credit. Iwan Evans converted.

The visitors responded well again, and were agonisingly close to replying quickly when Jamie Murphy was held up over the Llanelli try line after picking up a loose ball from a lineout.

The home side’s pack grew in confidence throughout the half, with their driving mauls and scrummaging becoming a real problem for the Ravens to deal with.

On the verge of half time, Llanelli extended their lead, after great work by Jacob Lewis, they managed to get the ball wide for Rhodri Jones to score.

The Ravens came out firing in the second half, spending the majority of the first 15 minutes inside the Llanelli 22. However, the home side’s defence, especially on their own try line was superb.

Bridgend did get their reward for all the pressure, minutes after Ellis Thomas’ yellow card for Llanelli, Ravens winger Caine Woolerton fought his way over the line from short range. Matthew Jones converted.

The West Walians scored their bonus point try while a man down. Livewire scrum half Hughes tapped quickly before passing to Hart who went over under the posts, much to the home crowd’s delight.

Inside the final 10 minutes, Bridgend put Llanelli under more pressure, Woolerton dotted down for his second after gathering a kick through from Tyler Williams.

In the final minutes, Llanelli’s Ellis Thomas was shown a second yellow card for a high tackle, being the only negative in a brilliant day for Paul Fisher’s side.