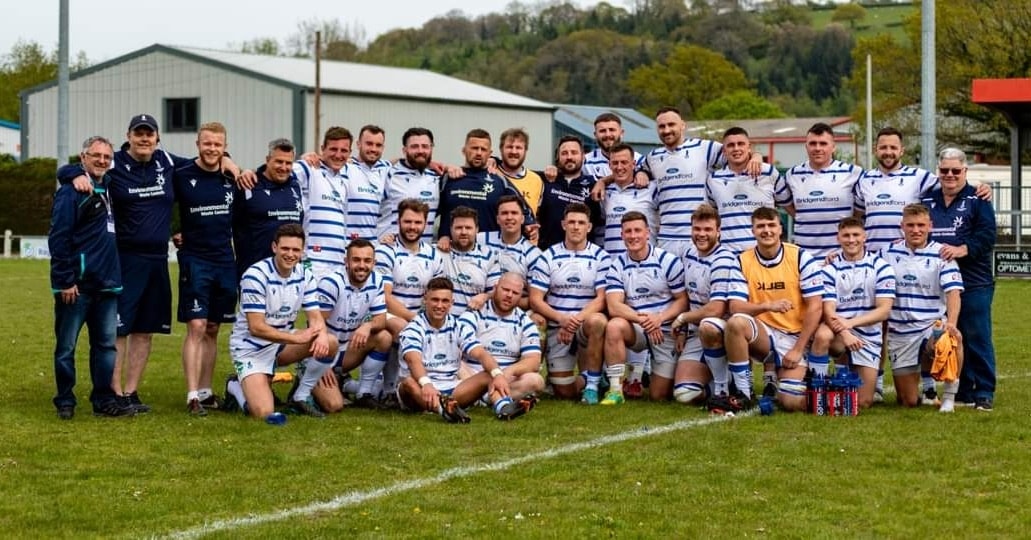 In a crazy Indigo Premiership match at Church Bank, Bridgend rounded off their season with a third consecutive win thanks to a 30 points to 29 victory against Llandovery.

Dewi Cross opened the scoring with a try from long range, a cross kick attempt allowed Cross to intercept and race clear. Cai Evans, faultless from the tee all afternoon, landed the conversion.

Evans landed a penalty at the 25 minute mark, pushing Bridgend out to a 17 point lead. Llandovery fought back well in the opening half to head in at the break just five points behind after tries from Craig Thomas and Kristian Jones.

The second half started poorly for Bridgend, Tomi Lewis scoring to level the scores with the conversion making the score 19 points to 17 to the Drovers on 44′. Bridgend full back Cai Evans booted the Ravens back into the lead on 55′ only for Llandovery to regain the lead with another converted try going into the last ten minutes.

Bridgend lost Zac O’Driscoll to the bin and Llandovery took full advantage with Will Thomas scoring. Kristian Jones converted for a six point lead with 72 minutes on the clock.

Edd Howley struck just two minutes later with a sublime finish in the corner following a break from Strong. Cai Evans’ conversion was equally impressive from the touchline to edge Bridgend back ahead.

With time nearly up, Kristian Jones slotted three points, seeing the lead change hands again. However, Bridgend were to have the last say in the match as the forwards worked incredibly hard from the kick off to secure a penalty 40 metres out.

Up stepped Cai Evans, kicking perfectly all match, Evans never looked like missing despite time being up and the pressure on. The fullback nailed the long range effort to secure a great away victory at Church Bank and elevate Bridgend above Ebbw Vale and Swansea in the final Indigo Premiership standings.