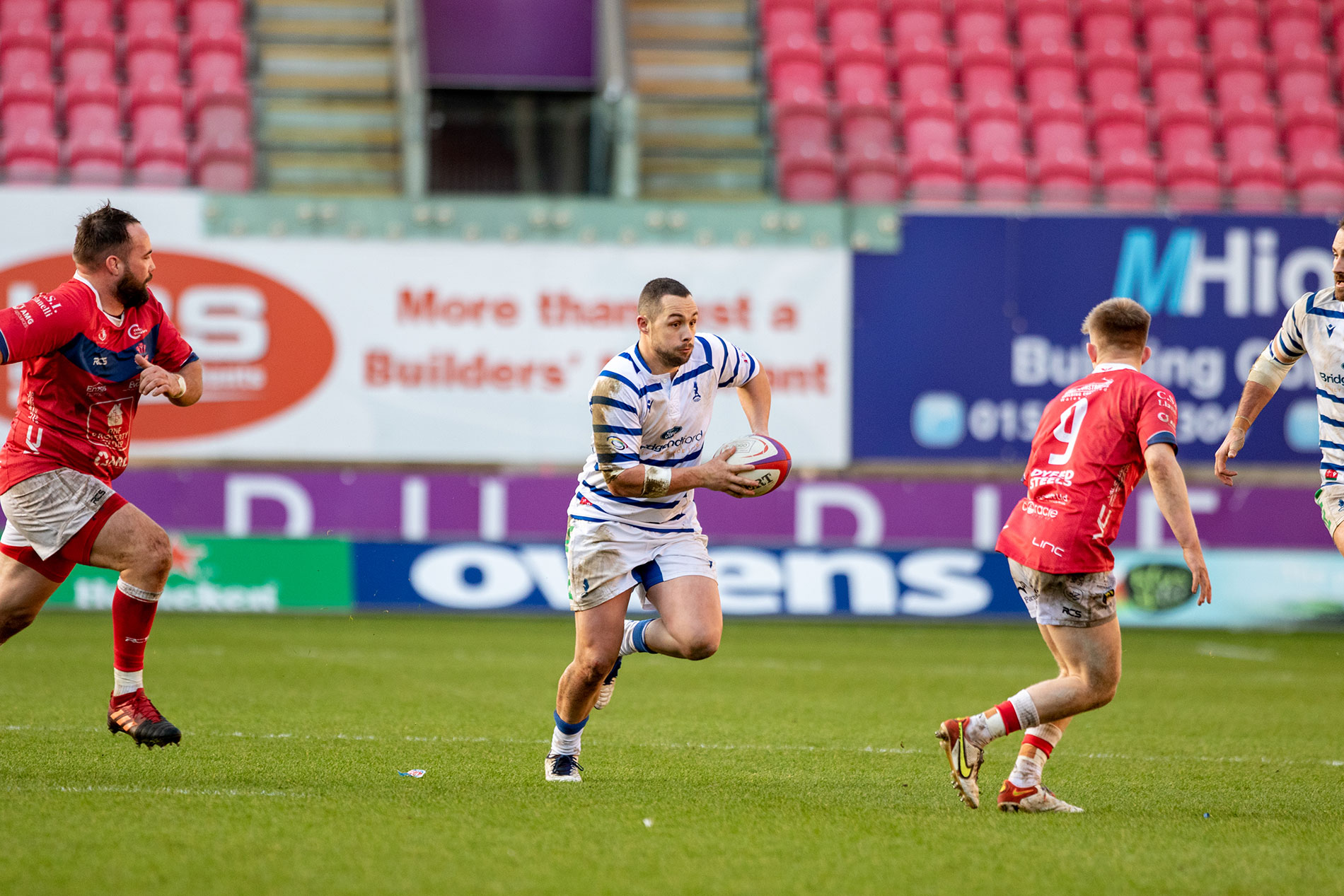 02 Feb Edwards back in the centre of attention

After overcoming a lengthy injury lay off, club captain Nathan Edwards made his long awaited return to Bridgend colours in Saturday’s match against Llanelli.

It’s been a long road back to recovery for the 30 year old, who has missed the last five months due to a hamstring injury he sustained during the pre-season fixture against Maesteg Quins.

Having made his initial comeback against Aberavon in the Indigo Premiership Cup clash he suffered a further set back before finally featuring for Maesteg Quins in their 34 v 19 defeat against Neath on 22nd January. A clean bill of health meant he was primed for a return to action last weekend and Edwards was understandably delighted to be back playing for Bridgend.

“It’s been a long and painstaking wait, but to finally get out onto the field Saturday, injury free, was a massive relief”, said Edwards.

“It’s been tough watching from the sidelines this year, at times I’ve felt useless because I couldn’t contribute towards the team how I wanted. Since joining the club in 2009, this was the longest lay off I have had and to finally pull on the jersey again after so long felt almost as good as it did the first time. To be back out on the field, in front of our loyal travelling supporters was an amazing feeling.”

Despite the 26 v 14 defeat at Parc y Scarlets, Ravens captain Edwards remains in positive mood ahead of Indigo Premiership fixtures against Cardiff and Merthyr at the Timbuild Brewery Field in February. A signing for Bridgend in 2010 by then Head Coach Steve Tandy, Edwards, a Maesteg-based school teacher, only knows too well the ambition the club has. 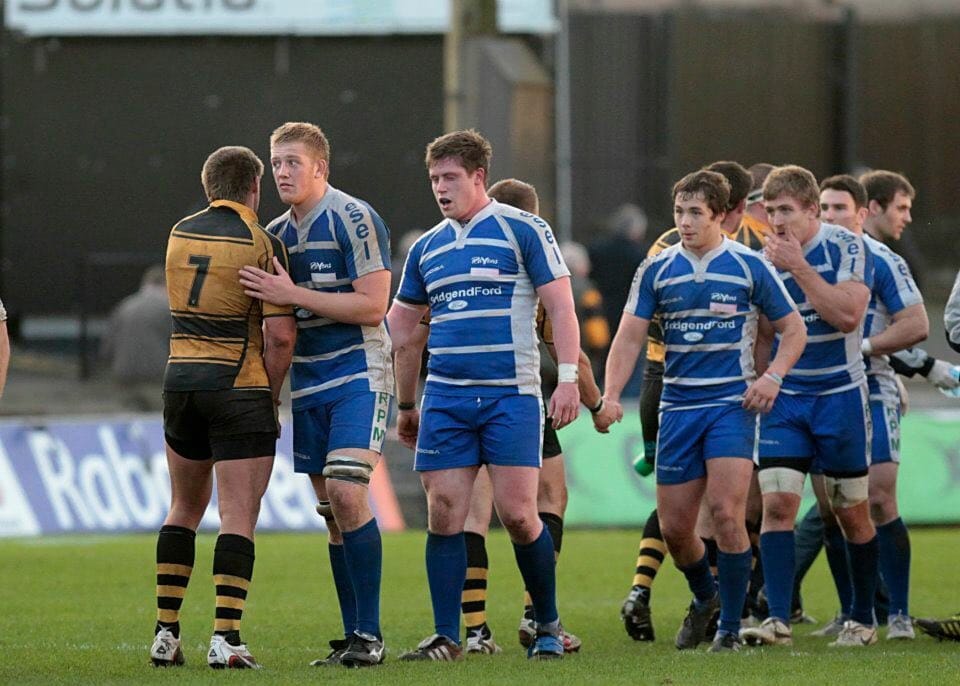 “There were many positives that we can take forward into our forthcoming fixtures. We know as a group that many of our performances have not lived up to the essence of what Bridgend Ravens is as a club and we are desperate to change that going forward.”

Again, Bridgend Ravens supporters travelled in large numbers to Parc y Scarlets and that is something that Edwards and the playing squad and management are keen to acknowledge.

“We are blessed to have such a strong group of vocal, loyal and patient supporters who continue to follow the team with an unwavering and undying commitment. We know as a squad that changes need to happen and we are the masters of our own destiny.”

“I want to assure our supporters that we are working towards making changes that we hope will bring about better performances and results. We owe it to you and you deserve to watch a Bridgend Ravens side that is willing to do anything it takes for the badge and shows the same commitment you do to our prestigious club.”

With Head Coach Steve Jones having left the club this week, captain Edwards was keen to pay tribute to the former Welsh International.

“Finally, I would personally like to wish ‘Jabba’ the very best on behalf of the players and management. He was a vital part of our club in recent years and always put his players first.”