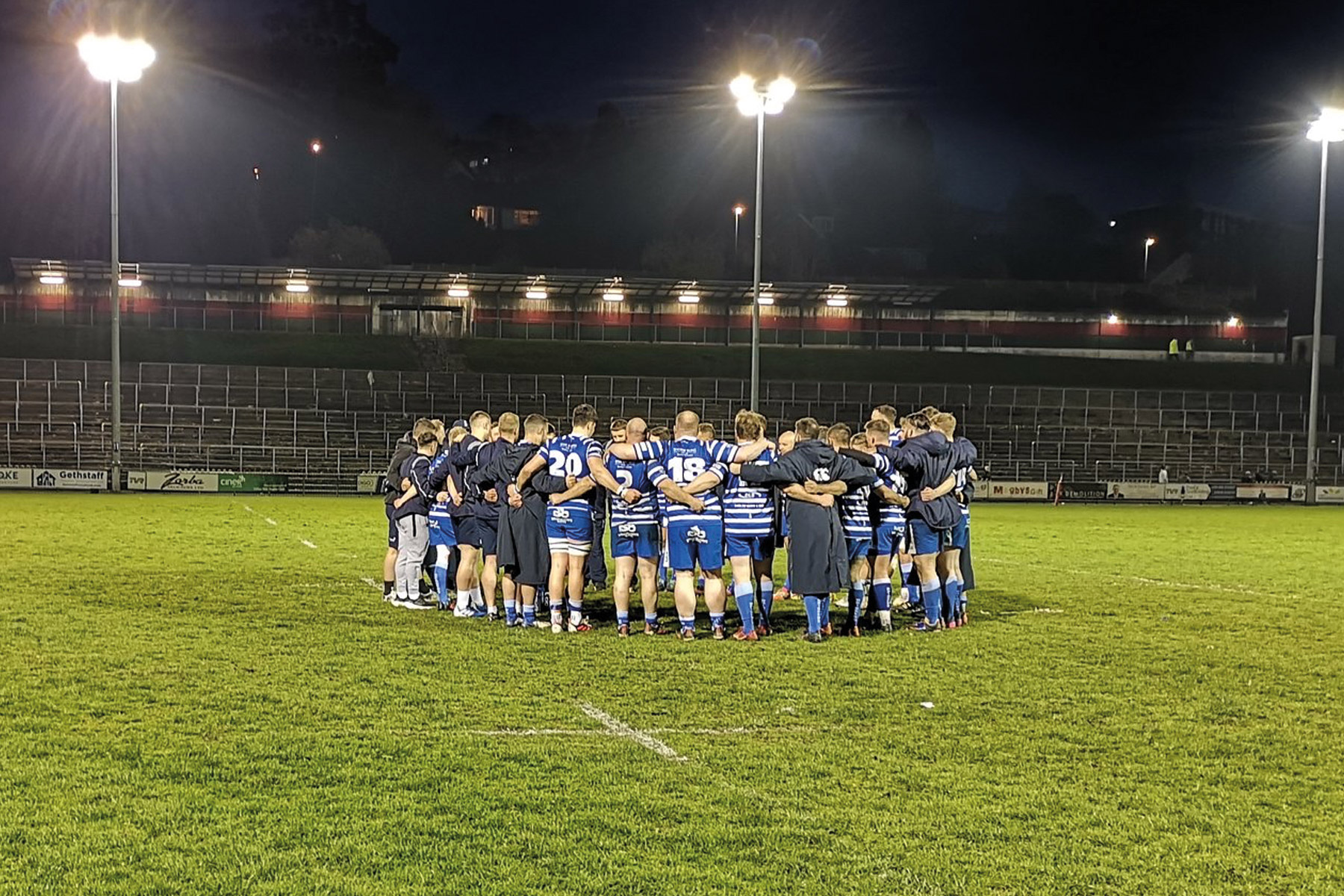 Bridgend made it back to back wins as they won at the Ciner Glass Community Stadium on Wednesday evening.

A clear game plan and strong defensive effort saw the Ravens secure 4 points to draw level with the Steelmen in the Indigo Premiership table.

Bridgend’s kicking game caused plenty of problems early on for the hosts, the visitors capitalised by bagging the first try of the match. Joseph Gatt pounced on an Ebbw error to score as the 10 minute mark approached.

Ebbw Vale saw plenty of ball but Bridgend’s defence held firm, forcing handling errors and turnovers, nullifying the hosts’ efforts. A strong showing from the pack saw the Ravens gain an advantage at scrum time, Hemi Barnes showed up with some big carries but neither side could convert their chances as the half went on.

On the stroke of half time, Paul Short added three from the tee, pushing Bridgend out to an 8 nil lead at the break.

Bridgend started the second half on the front foot, piling on the pressure, looking for the score their efforts deserved. Five metres out, Chris Williams looked to be over as Ebbw Vale’s defence ran out. The Scrum Half was felled illegally, but despite the line beckoning and no covering defenders, the Referee and Assistant awarded just a penalty following their discussion. A lineout error from the resulting penalty saw Ebbw Vale counter attack and Edd Howley saw yellow for a deliberate knock on.

The Ravens remained calm and continued following their kick based game plan, gaining good territory as a result. Paul Short added a further three points with a well struck penalty as the hour mark neared. Despite the 11 point lead and Bridgend’s continued defensive solidity, it was to be a nervy end to the match for the vociferous Ravens fans in attendance.

A series of penalties allowed the Steelmen to march their way up to the Ravens 5 metre line. Whilst their maul efforts were thwarted, a break away by Joe Thomas saw the flanker score, Evan Lloyd converted.

There was a real show of maturity and confidence from the Ravens as the clock ticked toward 80 minutes. Bridgend were able to maintain possession and secure a deserved victory.  Ebbw Vale gained a bonus point in defeat, meaning the two sides sit on the same number of points with Bridgend having one game left to play on Saturday.