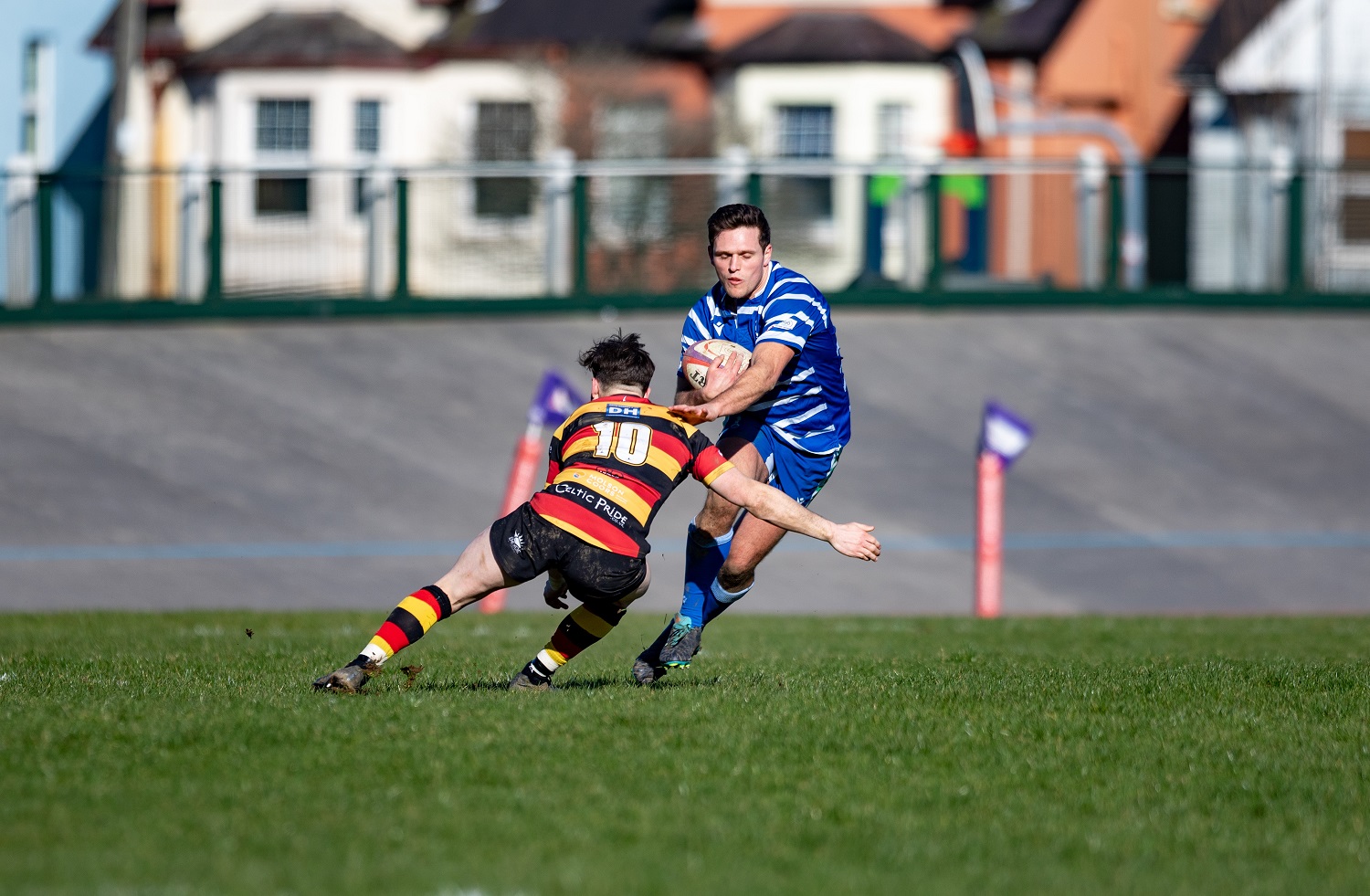 Bridgend Ravens fought back late but were unable to complete the comeback effort, with Carmarthen Quins holding on to victory at Carmarthen Park.

It was a difficult first half for Bridgend, with few scoring opportunities. Carmarthen dominated possession and territory, though the visitors’ defence showed much improved organisation.

The two first half Quins tries came off the back of Ravens errors, the first a long kick rolling just over the Bridgend try line was touched down resulting in a drop out under the posts, and a 60 metre gain plus possession for the hosts. A difficult drop out into the wind handed Carmarthen excellent field position which they converted to the opening try crossing the whitewash out wide through Kallum Evans.

Bridgend saw attacking opportunities limited in the first half, Owen Howe’s 18th minute penalty the only Ravens’ score in the opening 40.

A second Carmarthen score of the first half arrived, despite the Bridgend defence being on top, knocking the Quins carriers back. A poor penalty conceded allowed for livewire Scrum Half Rhodri Davies to tap and feed Lewys Millin who touched down. Jac Wilson converted.

A disappointing 20 minutes to open the second half saw Carmarthen secure a bonus point with two further tries. Bridgend found themselves on the wrong end of the referee’s whistle too often handing easy territory to the hosts. Kallum Evans and Leon Randell the host’s scorers.

As the clock wound down Bridgend finally found themselves with better field position, winning a penalty which was kicked to the corner. The resulting lineout saw Bridgend flood the maul, the backs adding extra weight. Carmarthen infringed resulting in a penalty try. Nic Cudd was also shown yellow.

Bridgend sensed the opportunity for a first league point of the season, upping the intensity late on looking for the try to get Bridgend within 7.

In similar fashion to the first, the Ravens kicked to touch following a penalty and set the big maul drive in motion again. Lee Murphy, steering the drive from the back, touched down for the late score, Owen Howe added the extras dragging Bridgend to within five.

With time for the kick off, Bridgend were handed a last gasp opportunity to attack for more, but Carmarthen held out, securing a 22 points to 17 victory. Bridgend showed an improved performance, securing a losing bonus point in what has routinely been a difficult place for Bridgend to travel.

The Ravens will look to build on the point they picked up on the road when they welcome RGC to the Timbuild Brewery Field on Saturday afternoon (2:30pm).