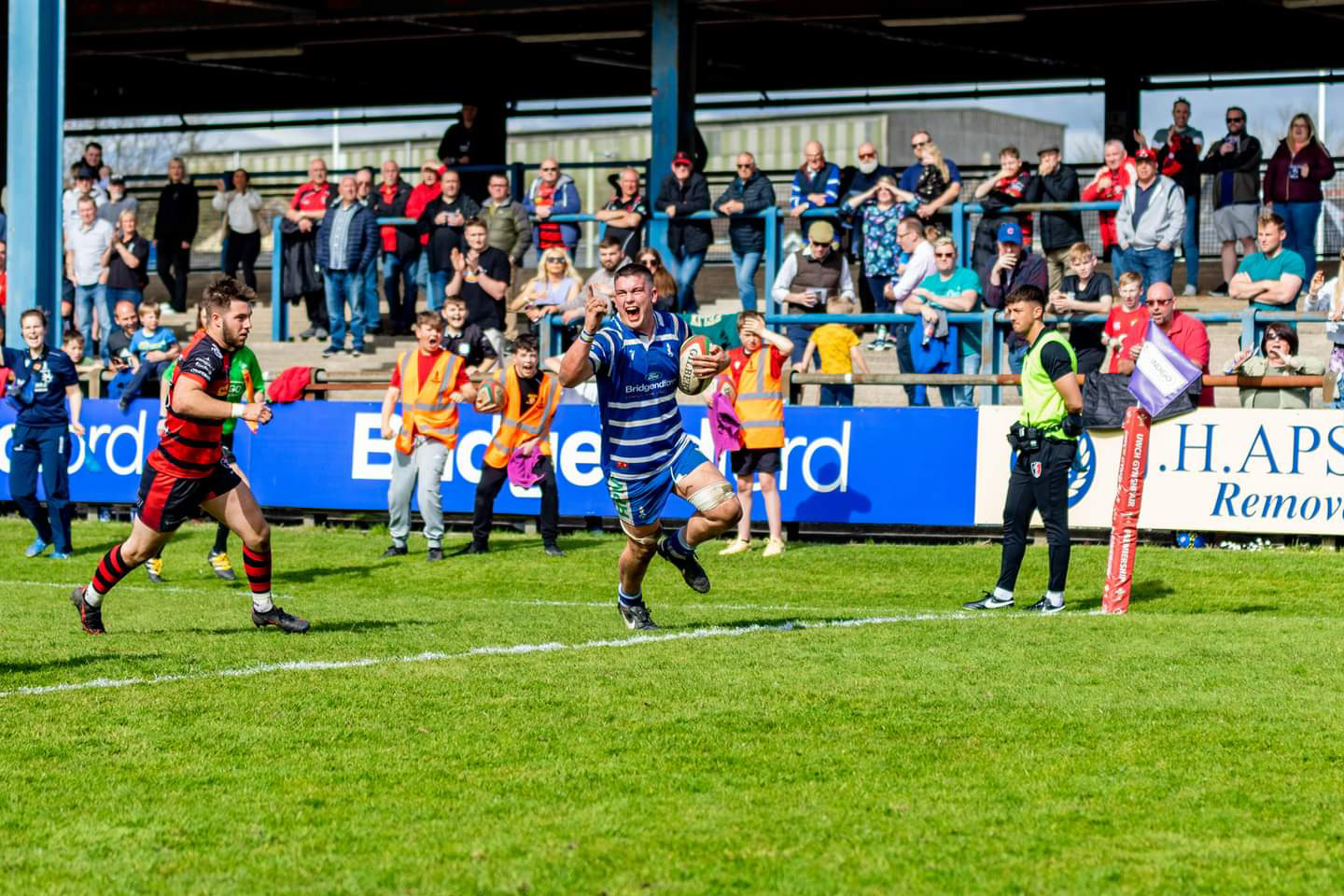 Aberavon started the game brightly, with plenty of front foot ball they scored early through Joe Gage, as his chip bounced nicely for him to gather to cross. Aled Thomas failed with the conversion attempt.

The Wizards looked dangerous on the counterattack through full back Jonny Phillips, who caused several problems for the Ravens defence. The away side extended their lead through an Aled Thomas penalty.

After a spell of defending Aberavon broke from their own 22 through Phillips, who then weighted a delightful grubber kick for Stef Andrews to gather and score in the corner.

Bridgend battled hard towards the end of the half, having a good spell of territory in the Wizards half. Jamie Murphy carried well off the back of a lineout before Morgan Strong picked the ball up from the base of a ruck and sprinted clear to score underneath the posts. Paul Short converted.

The Ravens started the second period strongly, Edd Howley broke through the defence before offloading. However, Stuart Floyd-Ellis was tackled without the ball, leading to a Ravens penalty 40 metres out. Paul Short sent his effort wide.

Short made up for his earlier missed attempt, kicking a penalty from close range, making it a three-point game.

The away side’s discipline started to cost them giving the Ravens easy territory inside their 22. Bridgend’s pressure finally paid off when Matthew Jones found Dewi Cross running and angle who then offloaded to player of the match, Strong for his second try. Jones converted.

Howley was inches away from gathering Jones’ kick through which would’ve sealed the win for Bridgend.

However, they navigated the last ten minutes superbly, defending strongly and were thoroughly deserving of their derby day win.

Bridgend will look to back up their victory when they travel to Ebbw Vale and Llandovery to finish the season on 27th and 30th April respectively.