RGC opened the scoring with an early penalty, Danny Cross slotting from the tee.

Bridgend didn’t waste much time in hitting back. The pack, bouyed by their late efforts in earning a losing bonus point last week, pushed a maul over the line with some help from the backs. Rhydian Jenkins broke off for the score to hand the hosts the lead, which they wouldn’t lose for the rest of the match.

With Bridgend dominating territory and possession against the wind, RGC infringements caught up with them. The home side lost Sam Rogers to the bin and Paul Short landed the resulting penalty to push the Ravens out to a 5 point lead.

From the kickoff, a big error by the visitors handed Bridgend a scrum on halfway. The solid platform saw the ball spread right and fullback Edd Howley broke the line. Cameron Ellis was on his shoulder to race down the wing, breaking a last ditch tackle effort to score. Short added the extras.

The hosts extended their lead early in the second half, the maul drive this time was well held by the visitors. Dylan Davies fed Tom Morgan and the Centre stepped through the first line of defense, approaching the line, Morgan was held but found a sublime offload where centre partner Joseph Gatt was in support to score.

Bridgend’s defence showed stern resistance to RGCs attacks as the half went on. The visitors did manage a score through replacement Dion Jones, but Bridgend soaked up most of what the visitors threw at them.

A fitting end as the visitors attacked, Supporters Man Of The Match Harri Deaves hoofed clear from his own try line as the Bridgend defence again stood firm, bringing the game to an end. 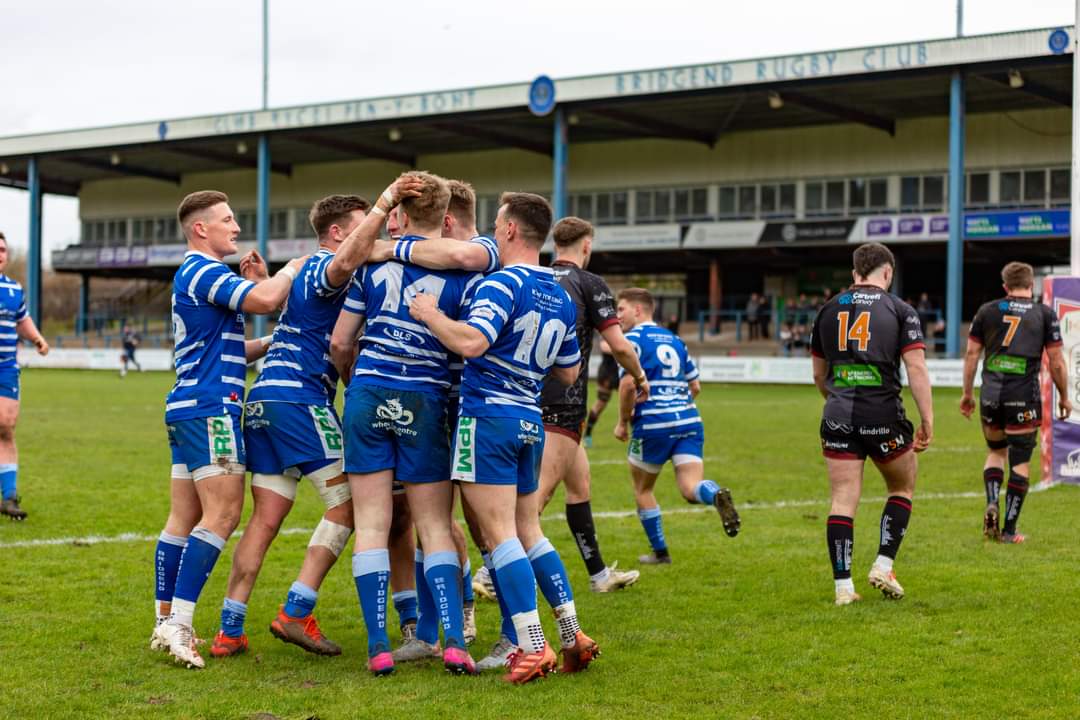