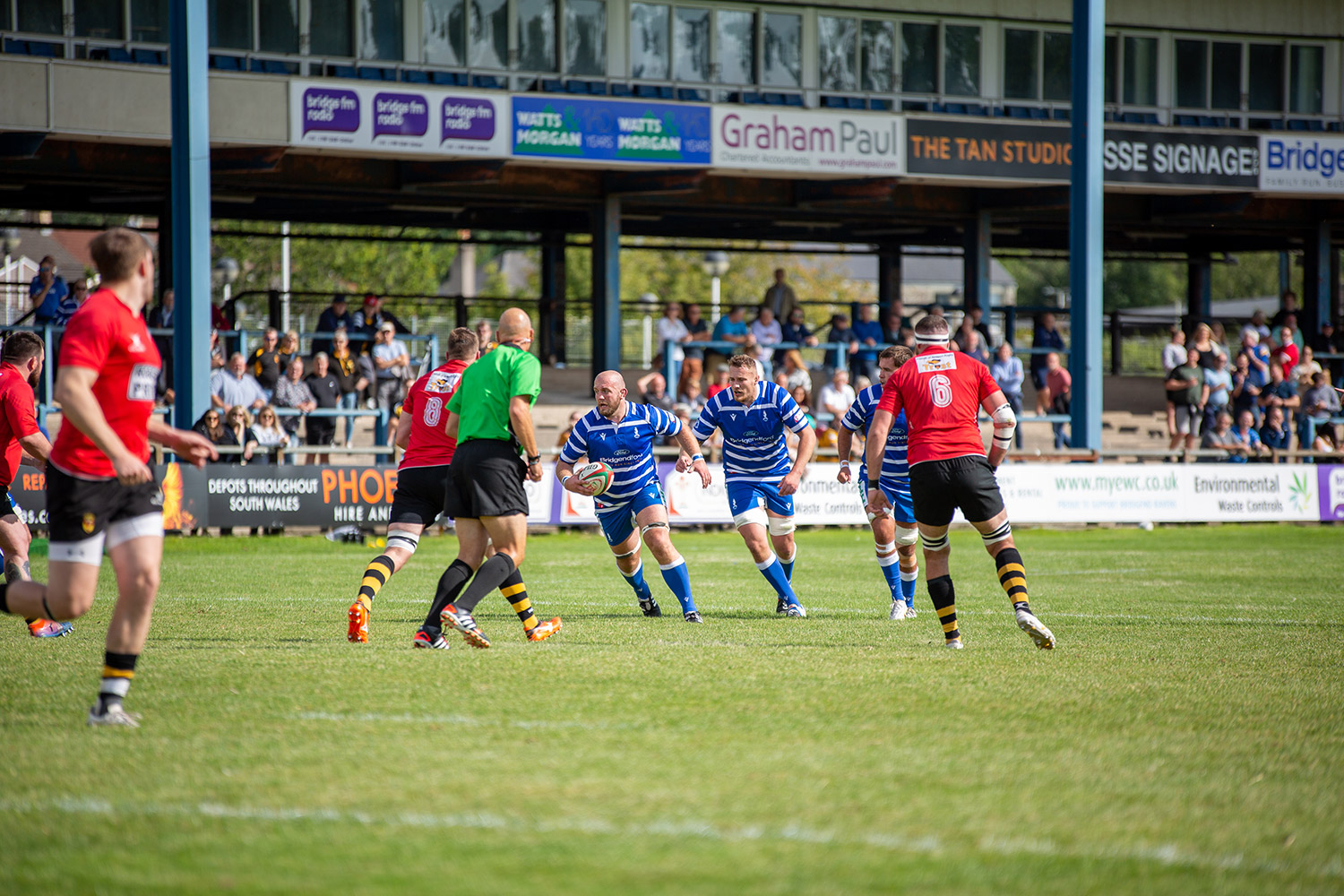 A strong defensive display ensured Newport finished their pre-season on a high with a 19-28 win at the Timbuild Brewery Field against Bridgend.

The away side started the game strongly with their pack dominating. After numerous infringements  at the breakdown by the Ravens, Newport’s scrum half Luke Crane opened the scoring by sneaking over from short range. The Black & Ambers continued their positive start and had chances to extend their while lead  camped inside the Ravens 22 for long spells. Winger Ryan Gardiner spilled the ball five metres short  of the try line, however moments later Cameron Lewis found his way to the try line running a good  angle from close range, with Will Reed adding his second conversion of the match. Newport added their third just after the half hour mark with Elliot Frewen scoring off an inside pass from Crane to extend their lead.

Bridgend had their moments but were denied on numerous occasions by an excellent first half  defensive display from Newport. Ravens battled hard towards the end of the half and were finally rewarded when Tom Morgan  scored from short range, Matthew Jones added the extras to send Bridgend into the break 7 -21  down. The home side started the second half as the better side, having made a number of changes.  Substitute Travis Huntley broke away on the halfway line and was brought down inside the Newport  22. After a few carries from the forwards, Jamie Murphy threw a pinpoint pass to Caine Woolerton,  who kicked ahead for Edd Howley to gather and score, which was converted.  Bridgend continued to impress, with Iestyn Merriman making an excellent break after they stole a lineout.

The back line linked up again with Murphy putting Howley through a gap, then returning the favour to Woolerton who scored in the corner. Murphy sent the conversion wide, leaving the score at 19-21. Murphy later had an effort at goal from 50 metres to try and give Ravens the lead, which he pushed  just wide.  Newport rallied five minutes from time, after winning numerous penalties inside the Bridgend 22 they opted to kick to the corner. From the resulting lineout they were awarded a penalty try, Ravens  scrum half Tom Lucas pulled the driving maul down and was consequently sin binned for his actions.  Bridgend tried to fight back again but were held out after a strong defensive pattern by Newport to  secure their 19 – 28 victory.

Bridgend host Carmarthen Quins in the first round of the Premiership Cup next weekend while  Newport travel to Sardis Road to face Pontypridd.