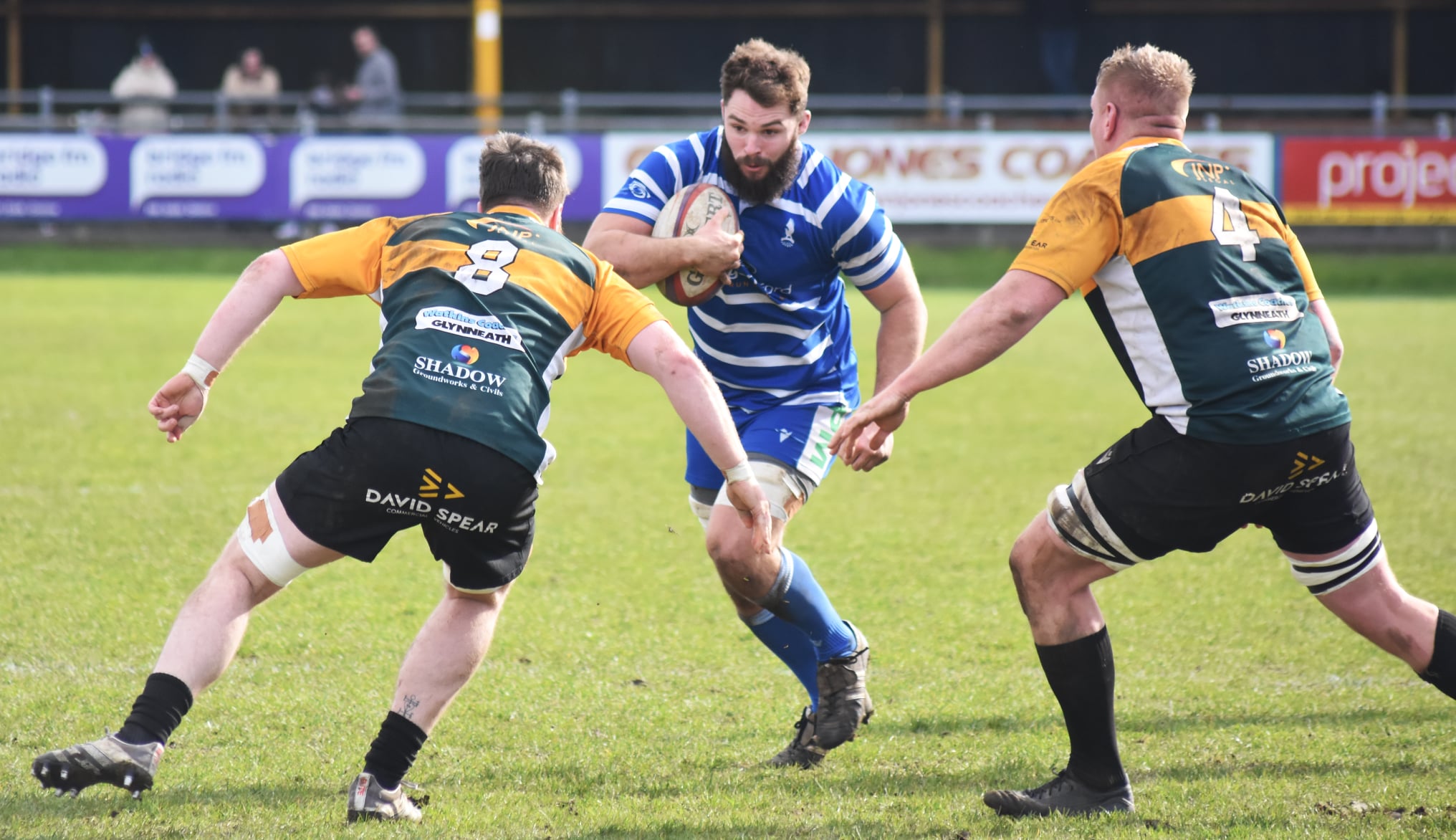 Dale McIntosh’s Merthyr side overpowered Bridgend, leaving the Ravens the only winless side in the Indigo Group Premiership.

Bridgend started the brighter of the two sides, playing with the wind behind them in the opening period. They nearly took an early lead when Joe Gatt’s cross field chip bounced unkindly for Dewi Cross who was inches away from gathering to score.

However, the Ravens kept Merthyr inside of their own half for the majority of the first 20 minutes, Matthew Jones kicked two penalties in quick succession to put his side 6-0 up.

The Ironmen responded soon after, Alex Webber broke through the home defence and passed to Sam Jones who calmly fed Tom Daley to go over in the corner. Gareth Thompson missed the conversion.

The away side scored their second try of the game when Daley broke off the back of a lineout. Their forwards carried well before fly half Thompson darted over from close range, converting his own try.

In the last play of the half Bridgend gathered the ball and patiently made their way closer to the Merthyr try line. Cross broke through the line before slipping while trying to beat the last defender. Merthyr’s ill-discipline cost them, and Alex Webber received a yellow card. Jones slotted his third penalty of the match.

Playing with the wind behind them, the Ironmen didn’t take long to extend their lead through the boot of Thompson.

Impressive back row Daley capped his fine performance with a second try, forcing his way over the line after picking up from the base of a scrum. Thompson converted.

Merthyr all but ended the contest with 20 minutes remaining, replacement Massa Tutia scored after sloppy play from the Ravens inside their own 22. Thompson added the extras.

Thompson showed his quality throughout, a 50/22 from deep in his own half set up a brilliant attacking platform for his side. From the resulting lineout Merthyr sent the ball wide and Adam Hoskins scored. Thompson converted once again.