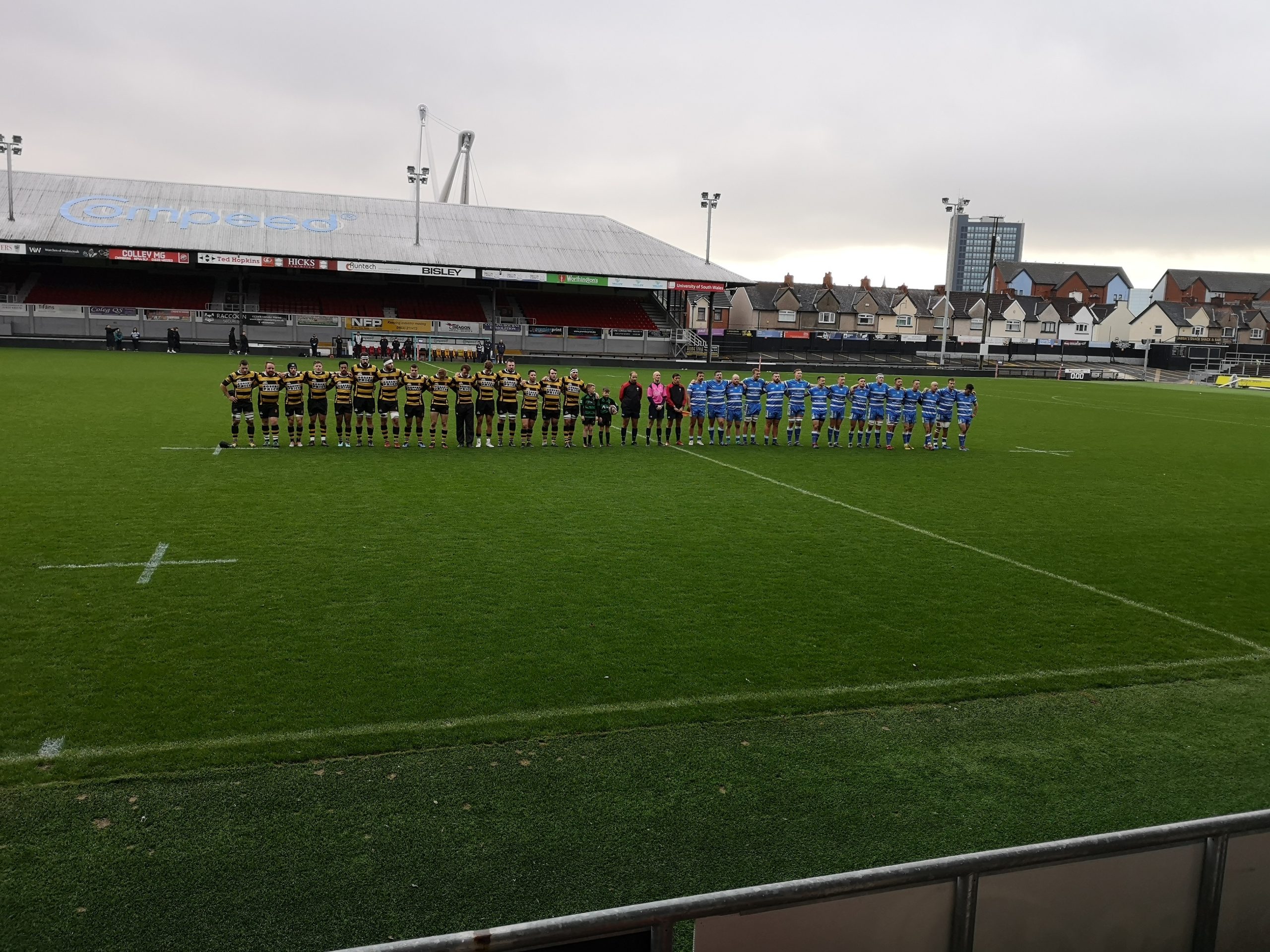 Bridgend Ravens suffered defeat at Rodney Parade on Saturday afternoon as the home side earned a bonus point win.

An early try set the tone as Newport took a quick lineout. The clearance kick from Owen Howe had ricocheted off the roof, but the hosts were allowed to take the set piece, catching Bridgend off guard and allowing David Richards to work his way over for an early score.

Five minutes later the Black and Ambers bagged another try. A series of powerful maul drives set Newport up in great field position and a grubber kick in behind the Bridgend line saw Jonathan Morris win the race ahead of Dewi Cross to dot down. Both conversions were sent wide leaving Newport a 10 point lead after 12 minutes.

As the half went on Cai Lewis was sent to the bin for a trip near their own line. This set Newport up for another attack which buy klonopin where can i buy ambien online with paypal they benefitted from. A quick tap penalty this time caught Bridgend out and Josh Skinner touched down. O’Brien converted.

Any hopes of a second half fightback were dashed when Bridgend lost Iestyn Merriman to a red card. The hooker, forced to start the match in the back row due to injuries among the Ravens ranks, took matters into his own hands to remove a Newport player pinning him to the floor. The Assistant raised his flag and after a brief conversation, Merriman was given his marching orders.

A bonus point score late in the match saw Newport pass the 20 point mark with no reply from Bridgend. It was a tough afternoon for the Ravens who will look to bounce back against pace setters Cardiff, who sit in second place in the league with six wins from six, at the Morganstone Brewery Field on Saturday.