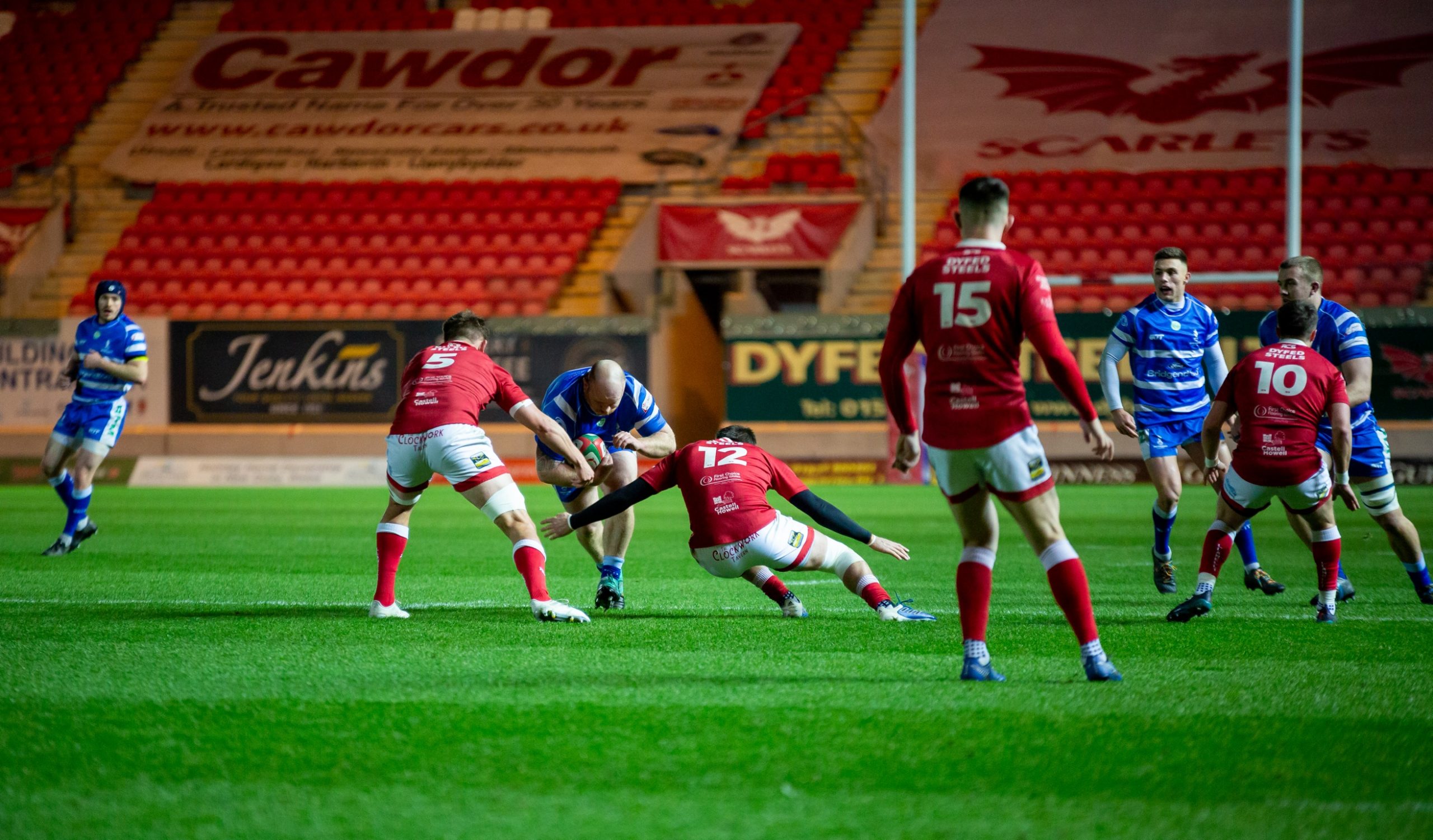 Bridgend Ravens fell to another final minute defeat, this time at Parc Y Scarlets as they faced off against Llanelli on Friday night.

An early home score looked ominous for the Ravens, Jacob Lewis scoring in the second minute after a slow start from the visitors. Bridgend worked hard to fight their way back into the match, but it was a back and fore game both sides taking the lead from one-another multiple times as the evening went on.

Owen buy cialis online eu Howe, back in the starting lineup, slotted three points just before the 10 minute mark before a moment of brilliance saw the first Bridgend try arrive. With a penalty advantage, Jamie Murphy spotted the rushing Scarlet line and dinked a perfectly weighted chip for Dewi Cross to gather. Chris Williams was in support to accept the inside pass and race over for a try on his 150th Bridgend Ravens appearance. Howe converted.

Owen Howe and Ashley Sutton traded two penalties each as an arm wrestle of a match unfolded, leaving three points between the side at halftime, Bridgend just ahead.

Llanelli levelled shortly after the break with another Sutton three pointer, and took the lead as the hour mark neared, Bridgend again struggled to defend an emphatic driving maul.

Owen where can i buy zolpidem tartrate without a prescription Howe chipped away at the hosts lead with his fourth penalty of the evening, and as the final ten minutes approached, the Ravens buy diazepam https://wescoal.com/buy-silagra-sildenafil/ legally once again took the lead.

A scrum at halfway saw Owen Howe kick against the grain into lots of space. Former Raven Aaron Grabham retreated trying to cover, but the replacement lost control of the ball and Mike Powell collected. Quick hands from Powell and Stuart Floyd-Ellis handed Jamie Murphy a try under the sticks. Howe converted for a three point lead heading into a tense final ten minutes.

As Llanelli looked to build, Nathan Edwards was penalised and shown yellow with five minutes remaining. If Bridgend were to win they’d need to hold out for the rest of the tie without their Captain.

Llanelli kicked to the corner with a penalty won at scrum time, looking for another maul drive. Bridgend halted the maul and appeared to have secured possession with a big counter ruck.

The Scarlets were first to dived on the loose ball just as Bridgend looked to secure it and the referee waved play on. It was left to replacement tighthead Alex Jeffries to bundle his way over for what would turn out to be the game winning score in injury time; a score improved by Sutton.

There was time for one further play but Llanelli held firm from the restart to take four points from the game and leave Bridgend and their significant travelling supporters heartbroken.

Bridgend will take plenty of encouragement from the game and look to secure victory when RGC visit the Morganstone Brewery Field in their next game on Saturday, kick off 2:30pm.