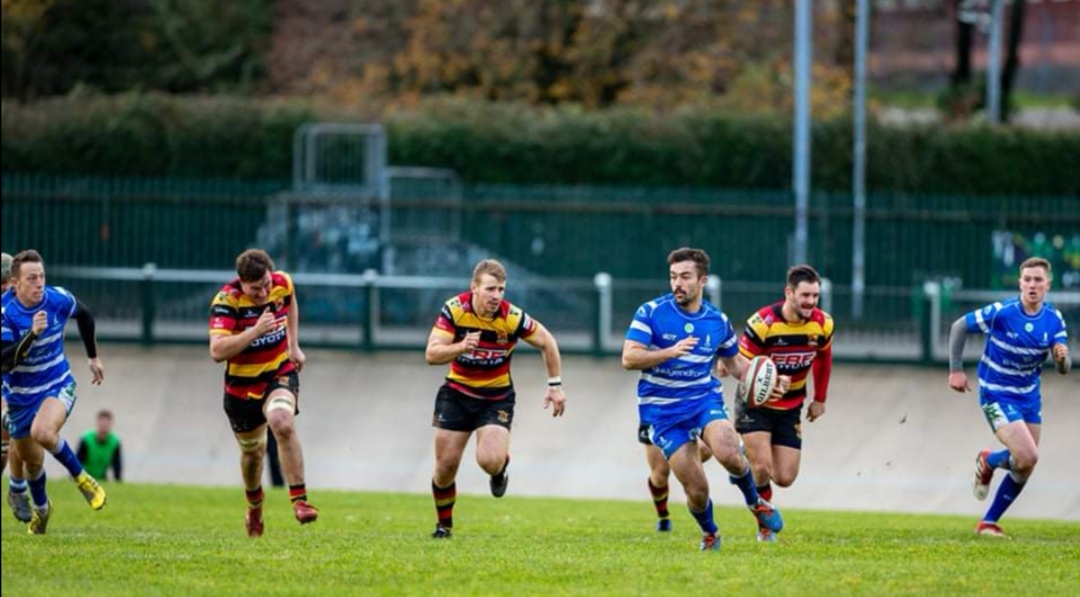 Bridgend battled but ultimately buckled at Carmarthen Park as hosts Carmarthen Quins ran in four second half tries to condemn the Ravens to a fifth consecutive defeat.

Bridgend were under lots of early pressure with the hosts maul proving a valuable weapon.

A first try for Carmarthen arrived as the Ravens cleared poorly. Scarlets scrum half Jonathan Evans acted fastest and was awarded the score with the conversion going wide.

Bridgend hit back at the 20 minute mark. An overthrow at the Quins lineout allowed Gareth Harvey to launch an attack. The hooker made good ground and quick recycling saw the impressive Brad Roderick carry hard before Jamie Murphy went close. An offside penalty against the hosts close to the line saw Jacob Chilcott slot three points.
Chilcott sent two long range penalties wide as Bridgend worked hard to get back into the game.
Carmarthen continued to infringe but Bridgend couldn’t take advantage. There was a shift in momentum back the hosts way; a maul drive from the near halfway was halted illegally, and Bridgend’s James Little was shown yellow.
Kicking to the corner, again relying on their maul, Carmarthen got a second try which was well converted by Steff Marshall.

Bridgend hit back just before halftime with a counter attack try. Carmarthen tried to run out from deep but the ball went to ground. Brad Roderick hacked deep into the Quins 22 and Dewi Cross chased hard. A mistake from Carmarthen saw the ball squirt cialis levitra buy over the try line and Cross dived on the ball for the score. Chilcott’s conversion slipped wide but Bridgend headed to the interval well in the game.

Bridgend started the second half on top despite still playing a man down. Stuart Floyd-Ellis raced through a gap to help the Ravens into the hosts 22. Some strong carries through multiple phases saw Bridgend edge closer but a final offload, which would have seen the try arrive, was lost forward and Carmarthen were able to clear.

Shortly before the hour mark Carmarthen bagged a third try. Defending deep in their own 22, Bridgend found themselves offside. Referee awarded the penalty and went to his pocket, however Jonathan Evans tapped quickly before the card was shown and the try was awarded. Cai Lewis was subsequently sent to the bin and Bridgend faced another 10 minute spell with 14 players.

Three further Carmarthen tries came in the final 15 minutes to give the scoreline a flattering look; two from the maul drive that the hosts went to all afternoon. A final score arrived out wide as the ball was ripped from a Bridgend maul in the Ravens 22. Carmarthen eventually worked an overlap to touch down out wide.

Bridgend are on the road again on Friday when they face their biggest game of the season to date against Llanelli at Parc y Scarlets (7:30pm).