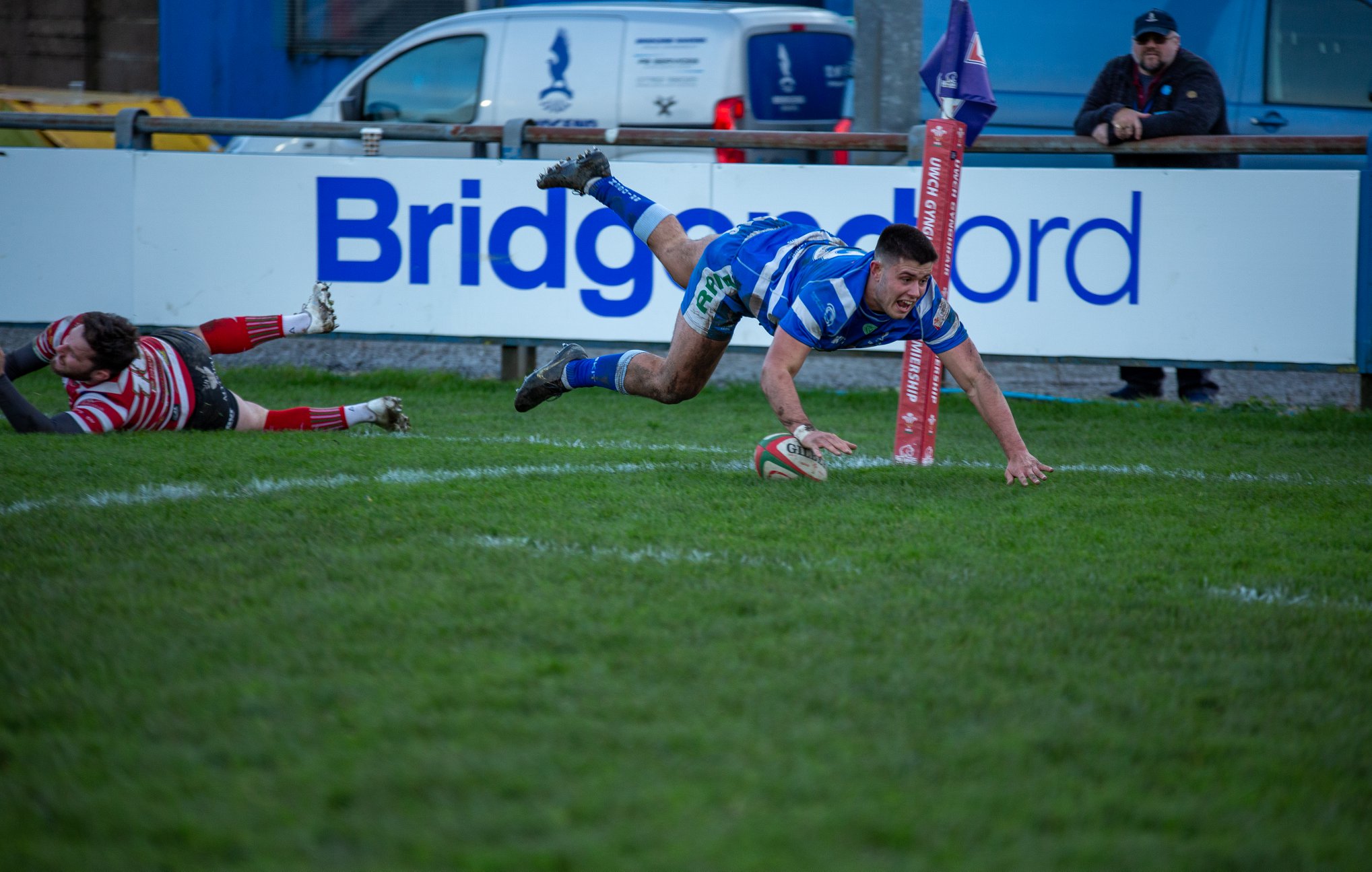 Bridgend Ravens fell to a 14 – 35 defeat at home to Llandovery, their third consecutive loss of 2020.

Llandovery had the chance to open the scoring in the fourth minute, Outside-Half Jack Maynard put the penalty wide. Minutes later Llandovery upped the tempo and grabbed their first try of the game. After gaining a penalty and kicking to the corner, the Llandovery pack got over the line through Hooker Ricky Guest.

Five minutes later, Llandovery scored their second try when Full-Back Tomi Lewis broke through the Ravens defence and offloaded to Scrum-Half Dafydd Land. He dived over the try line untouched, with Maynard adding the extras again.

Bridgend started playing positively in attack after this, Winger Andrew Evans secured a turnover for the Ravens inside the Llandovery 22. After several phases, good hands from Brad Roderick sent Dewi Cross over in the corner. With the Ravens lining up the conversion, the linesman intervened. After a conversation with the referee the try was disallowed. Travis Huntley was adjudged to have made a tip tackle while clearing out in a ruck.

Five minutes before Half-Time Llandovery scored their third try of the afternoon. Winger Aaron Warren ran a great angle to take the ball off Land and grab the try. The first half finished with the score can i buy viagra where to buy xanax over the counter in costa rica 0-21 in favour to the visitors.

The visitors started the second half the same way they finished the first. Quick hands from Alun Rees allowing Tomi Lewis to score out wide for their bonus point score.

Bridgend worked hard going in to the final 20 minutes, their hard work and discipline was recognised when Llandovery replacement Kristian Jones was yellow carded after conceding numerous penalties.

The Ravens didn’t take long in making the most of their man advantage. A flat pass from replacement Outside-Half Jacob Chilcott sent Brad Roderick under the posts, with Chilcott adding the extras.

Two minutes later, after good work from Caine Woolerton to keep the ball in play, the Ravens put the ball through the hands resulting in Roderick getting his and Bridgend’s second try. Chilcott added the extra points from out wide.
In the last 10 minutes the Ravens piled the pressure on Llandovery, but the strong visitors defence held out. With the Ravens chasing a losing bonus point, Chilcott’s kick was charged down by Llandovery forward Lewis Ellis-Jones who gathered and scored under the posts.

Bridgend will travel to Sardis Road next Saturday to take on Pontypridd in the League, while Llandovery travel to Aberavon in the Quarter-Final of the Cup.