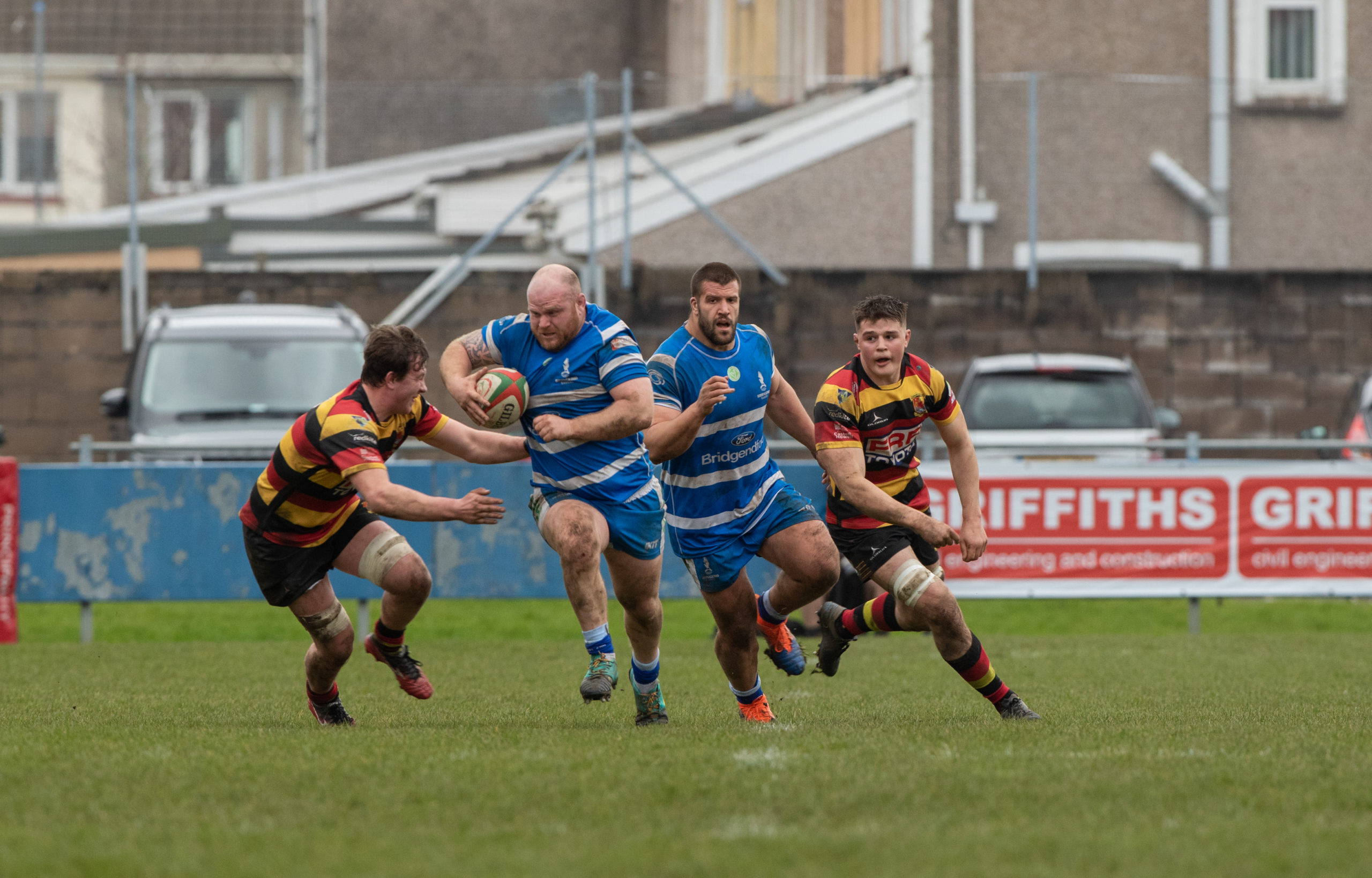 Bridgend Ravens fell to another last-minute defeat. A 14pts to 20 loss to Carmarthen Quins leaves them further adrift at the bottom of the table.

Coming into the game Bridgend were five points behind Ebbw Vale who had drawn with second place Quins last week. This defeat now leaves an eight-point gap to Ebbw Vale after their shock win over RGC.

The Quins only took three minutes to open the scoring at the Brewery Field. After their forwards went through the phases patiently, the backs then used quick ball, and neat hands from Winger Dale Ford sent Fullback Leon Randell in under the posts for a converted try.

The home side responded within five minutes with a try of their own. Chris Williams broke off the back of a maul and passed inside to Tyler Williams who broke into the Quins 22. The Ravens pack earned the right for Centre Adam Jones to crash over from close range on his home debut.

On the half hour mark Quins’ Steff Marshall gave his side the lead going into the break with a long-range penalty. Bridgend Fullback Owen Howe had previously missed two shots at goal which proved decisive in the outcome of the match.

A minute before the break Quins Hooker Shaun Edwards was sent to the sinbin after tackling Lloyd Ashley in the air. Tellingly Bridgend failed to make the extra man count as they were unable to add to their total.

On the hour mark the Ravens pack started to dominate, especially in the scrums. But Marshall extended the visitors buy valium http://huntervalleyweddingentertainment.com.au/buy-cialis-online/ ebay lead after the home side give away an offside penalty.

Bridgend’s strength up front paid off with 10 minutes remaining when former Bridgend prop Ollie Evans was sent to the sinbin after collapsing numerous scrums. The home side decided to scrummage again, scrum half Williams darted for the line but was held up. From the resulting scrum, a set-piece move from the Ravens backs saw Dewi Cross score in the corner. Howe converted excellently from the touchline to give the Ravens a one-point lead.

With minutes renaming the Quins pinned Bridgend inside their own 22, the home side only managed to clear the ball 15 meters away from their line. The visitors secured the ball from the lineout and after a driving maul which included several of their backs, they made their way over the try line with replacement Hooker James Newnian getting the credit. Marshall converted.

There was still time for Bridgend to try and stage a dramatic comeback, but Carmarthen held onto the ball and cleared their lines to secure victory and comdemn Bridgend to their sixth last minute defeat of a gruelling campaign.

This result now leaves Bridgend with a mountain to climb at the bottom of the table and they will travel to North Wales in two weeks to face RGC. Carmarthen’s next game is also in two weeks time when they face third place Aberavon who sit just a point behind them in the table after beating Cardiff this weekend.